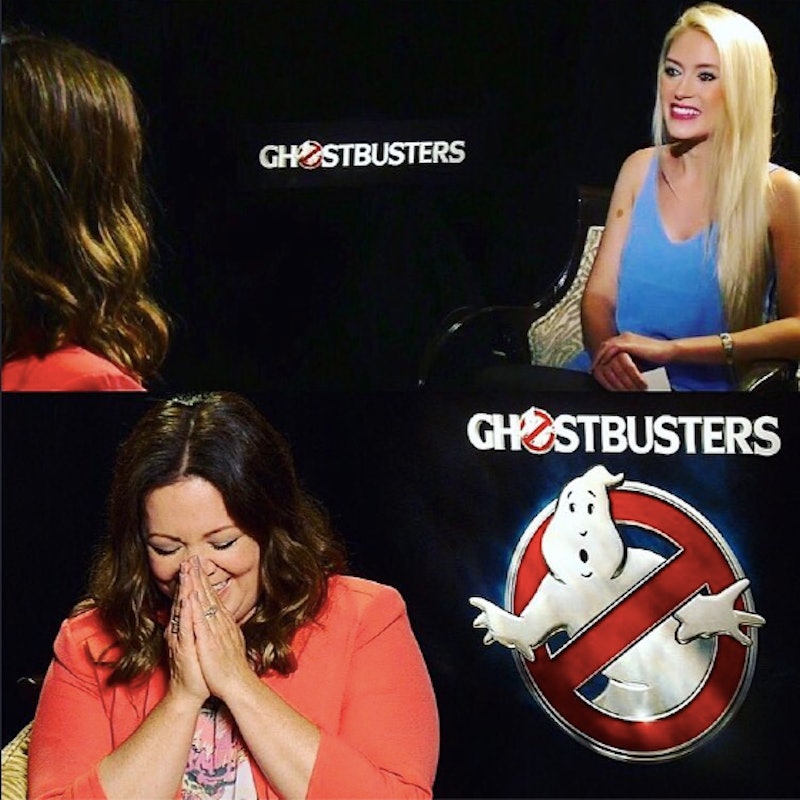 When I have the opportunity to sit down with the cast of Paul Feig's Ghostbusters reboot, I want to give these hardworking ladies a break. They've spent months talking about the upcoming release, the criticism that inevitably will (and already has) come to fruition surrounding tackling the beloved universe, and the fact that yes, this movie features four female leads. Enough already! Let's all take a deep breath, forget about the sometimes heavy discourse, and simply enjoy a few silly minutes together.

The Ghostbusters world features a mix of very real science and some obviously made up technology. Ghosts, as far as I'm concerned, do not exist in any tangible way in the real world — and they certainly don't vomit green slime. However, both Ghostbusters films feature a foursome set out to destroy these supernatural beings. This time around we have Melissa McCarthy, Kristen Wiig, Kate McKinnon, and Leslie Jones driving the hearse-turned-Ecto-1. Because of this supernatural reality, there's a lot to play with when considering a game of "Would You Rather," and the four actors got quite creative with their responses.

Watch the wonderful women (save Kristen Wiig, who unfortunately was sick during the time of our interview) play this ghost-centric version of "Would You Rather" below, and see Ghostbusters when it hits theaters July 15.