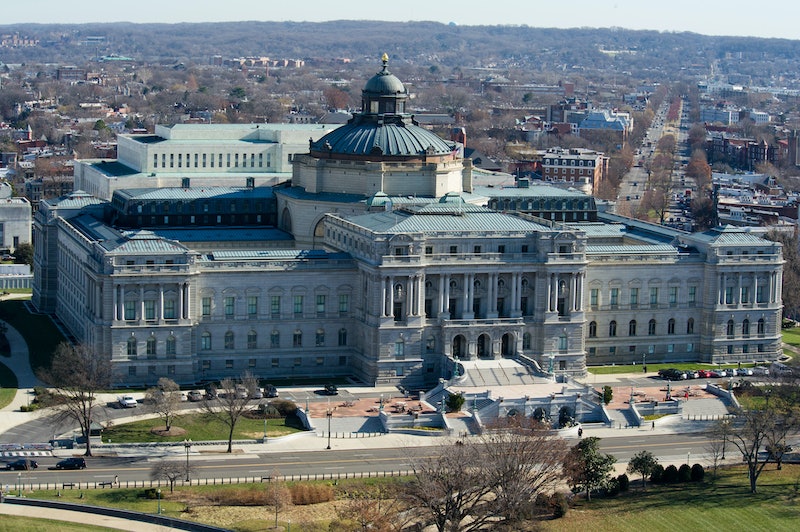 James Billington was the Librarian of Congress for almost 30 years, until he announced his resignation last June. Now many are wondering who is Carla Hayden, the new head of the second-largest library in the world?

Since Billington's resignation, President Obama has signed a law to impose a 10-year limit on the position, and the Senate just voted to approve Hayden's nomination for the job. Hayden will be the first woman and first African American to hold the Librarian of Congress post.

Earlier in her career, Hayden earned her doctorate from the University of Chicago and went on to work in the Chicago Public Library system, which is where she met Obama for the first time. That friendship proved valuable, as it was Obama who nominated Hayden for the Librarian of Congress position back in February. Hayden was also previously the president of the American Library Association, and she is currently the chief executive of Baltimore's Enoch Pratt Free Library. In her role as chief executive, Hayden has been lauded for modernizing Baltimore's library system, and for keeping the library open as a community space during last year's protests demanding justice for Freddie Gray.

Hayden's appointment as the Librarian of Congress is a significant milestone for women and African Americans in this coveted field, but her process to appointment didn't come without struggles.

The Senate Rules Committee approved Hayden's nomination weeks ago, but her nomination was stalled on the Senate floor after conservatives took issue with some positions that she had taken back when she was still president of the American Library Association — such as her opposition to portions of the Patriot Act, and to a law that would require libraries to install pornography-blocking Internet filters. Nevertheless, five weeks after the Rules Committee approved her nomination, the full Senate finally followed suit in a 74 to 18 vote, in the hopes that Hayden could help modernize the Library of Congress in the same way she did the Enoch Pratt Free Library.

Today, the Library of Congress holds over 162 million items, and is second only to the British Library in its collection size. It still has a number of important roles to play, and Hayden recognized in a statement the historical significance of the library.

I will be honored to build on the legacy and accomplishments of my predecessors in this position, to be part of a continuing movement to open the treasure chest that is the Library of Congress even further, and to make it a place that can be found and used by everyone.

The Library of Congress definitely needs to undergo some technological advancement. Last year, an investigation conducted by a federal watchdog agency discovered extensive mismanagement of taxpayer dollars, as well as outdated systems that could pose a threat to the Copyright Office's functionality. It seems the time is ripe for a new Librarian of Congress, especially one like Hayden who is already credited with bringing libraries into the digital age.