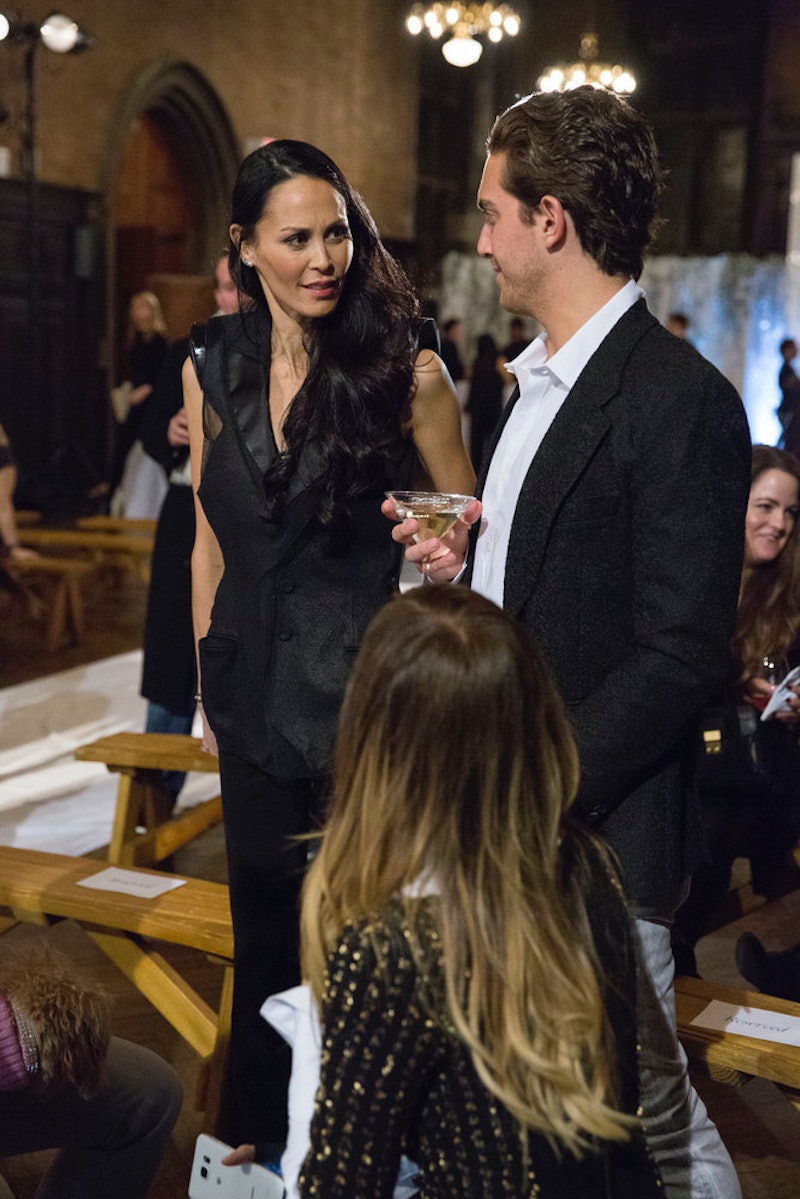 The fight that’s been brewing all season long on Real Housewives Of New York has finally come to fruition — Jules Wainstein confronted Bethenny Frankel and Carole Radziwill (kind of) for talking behind her back about her eating disorder… only, did Bethenny really? At the Season 8 dinner from hell, everyone was screaming at each other, so I guess that Jules thought that then was the best time to defend herself against Bethenny’s back talk. What’s missing here between Bethenny and Jules, though, is a little bit of understanding.

In seasons past, Bethenny has talked about the fact that her mother suffered from an eating disorder. Jules, as she’s confessed, is still suffering from bulimia — she admitted at dinner that she vomited up her food only three days before. Jules’ road is a hard one, and an eating disorder is incredibly difficult to kick completely. You’ll always be dealing with it in some form or another, and a great support system really helps. When Bethenny looks at Jules, she sees her mother, and it’s painful for her. When Jules looks at Bethenny, she sees someone talking about her very personal ordeal without consulting her. Both lack any sort of empathy for each other, even though they’ve gone through the same thing on different sides of the coin. The dinner was heated, and I think if Bethenny and Jules were able to articulate themselves a little better, they would have come to realize that they understand each other more than they think. Instead, they both kept poking at the tender parts, and it was hard to watch.

And I have to mention — how did Jules know that Bethenny had talked about Jules’ eating disorder before? Dorinda. Dorinda is the one who is collecting information and dolling it out to the highest bidder. That’s not fair either, because it makes everything sound like it comes from a place of malicious gossip. All of the housewives of Real Housewives Of New York need to take a step back this season, collect themselves, and start listening to each other. Even if it isn’t great television, it’s certainly better for their mental health.