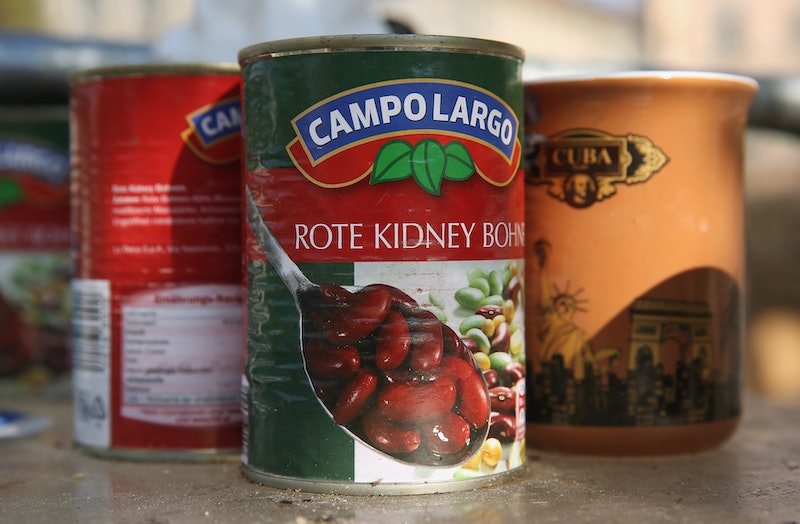 In preparation for the upcoming Democratic National Convention, dedicated progressives have a diabolical plan for protesting Hillary Clinton's impending nomination. When communities don't agree with a particular policy or decision, they oftentimes stage sit-ins. Constantly equipped with an array of new ideas that defy the norm, however, one group of Bernie Sanders supporters is putting a spin on the traditional form of civil disobedience by conducting a "fart-in." The bizarre, albeit innovative form of protest might go down in history as one of the most offensive yet.

Anyone who loves protein-packed legumes — think kidney beans, baked beans, and black beans — knows when enough is enough. At a certain point, you just have to cut yourself off for the sake of those around you. The Poor People's Economic Human Rights Campaign has no intention of being so courteous. Starting on July 25, the organization, which seeks to unite and assist low-income individuals from all backgrounds, will feed pro-Sanders delegates spoonfuls of beans in hopes of getting their point across to the DNC. Primarily concerned with providing the "right to health care, housing, living wage jobs, and access to quality primary, secondary, and higher education" for all Americans, group members believe that Sanders, not Clinton, is the person for the job.

Cheri Honkala, the organization's national coordinator, explained the premise to U.S. News & World Report's Steven Nelson. She believes that under a Clinton presidency, the political system would continue to push aside the interests of those who are less privileged. If the group's pleas aren't heard, they'll certainly be smelled if delegates agree to consume the beans.

It shows the level of absolute disgust that we're at — we think we're going to remember 2016 as the year we begin to bury the two corporate political parties. It's really a shame — this whole thing does stink. Democrats and Republicans are like Pepsi and Coke. They listen to corporations and they don't listen to anti-poverty activists.

U.S. News & World Report reached out to Clinton campaign spokeswoman Karen Finney who said she had "no comment." Though the fart-in is being organized by the Poor People's Economic Human Rights Campaign Philadelphia wing, others will join in the effort. Dr. Walter Tsou, for example, will be representing Physicians for Social Responsibility.

Though Honkala plans to rely most heavily on baked beans, canned beans produce less gas, according to NutritionFacts.org post by Dr. Michael Greger. In fact, he insists that beans' reputation as the "musical fruit" is based upon faulty studies performed during the 1960s that didn't consider how the long-term intake of legumes affects our bodies' gaseous output. But if all 1,894 of Sanders' delegates time their consumption precisely enough, let's just hope there are some strong fans.