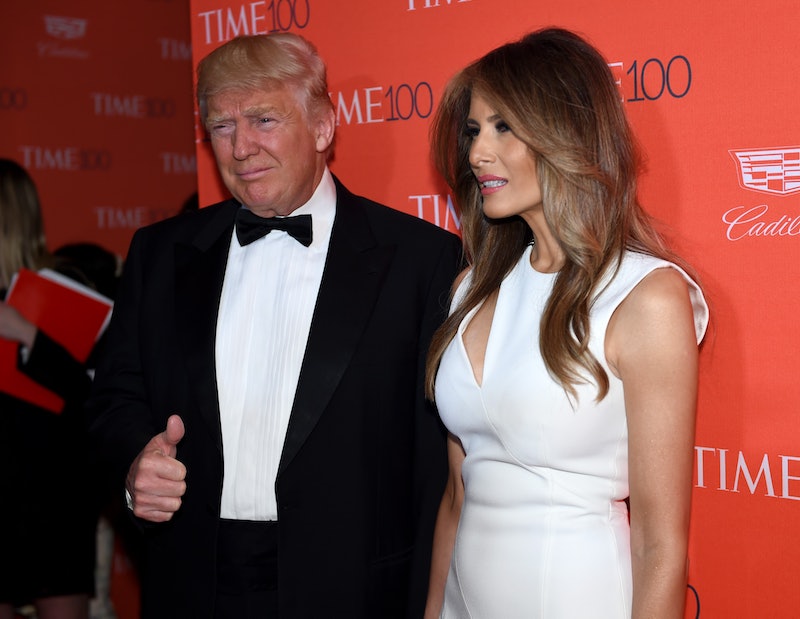 Perhaps because the presumptive GOP nominee is his own TV personality, the list of RNC Convention speakers includes fewer celebrities than it does establishment politicians. So far, Indiana basketball coach Bobby Knight is the only political outsider on the roll (and he's speaking via video), aside from Trump's own children. Though the stage will be dominated by politicians, viewers will surely spot some famous faces in the audience.

According to NBC News, 13 government insiders will be speaking in Cleveland from July 18 through July 21. They include House Speaker Paul Ryan, Texas Sen. Ted Cruz, Senate Majority Leader Mitch McConnell, former New York City Mayor Rudy Giuliani, and Wisconsin Gov. Scott Walker, among others. In a radio interview, PBS reported, Ivanka Trump said she has high hopes for the convention, suggesting it will be more exciting than those of the past:

I think it will be a convention unlike any we’ve ever seen. It will be substantive. It will be interesting. It will be different. It’s not going to be a ho-hum lineup of, you know, the typical politicians.

So far, however, names of "typical politicians" are the only ones to have been released, which suggests Trump could be intentionally building the suspense. If Ivanka's statement is true, the GOP presumptive nominee, alongside the Republican National Committee, is planning to surprise the American people with a less than conventional lineup. Though the attendance list has yet to be released, Fox411 has reported that music stars Kid Rock, Dave Navarro, and Mark McGrath will perform during the event. Aside from the musicians, Stephen Baldwin was the only actor who responded to the media organization by confirming his attendance. Boxing promoter Don King has also told PBS that he will be involved in the convention, though that remains to be confirmed by Republican organizers.

Though Trump's celebrity friends can connect with him on a personal level, his abrasive language could deter them from stepping off of from the sidelines and onto center stage to support him as a political leader. Then again, Trump might just be keeping his celeb roundup under wraps.