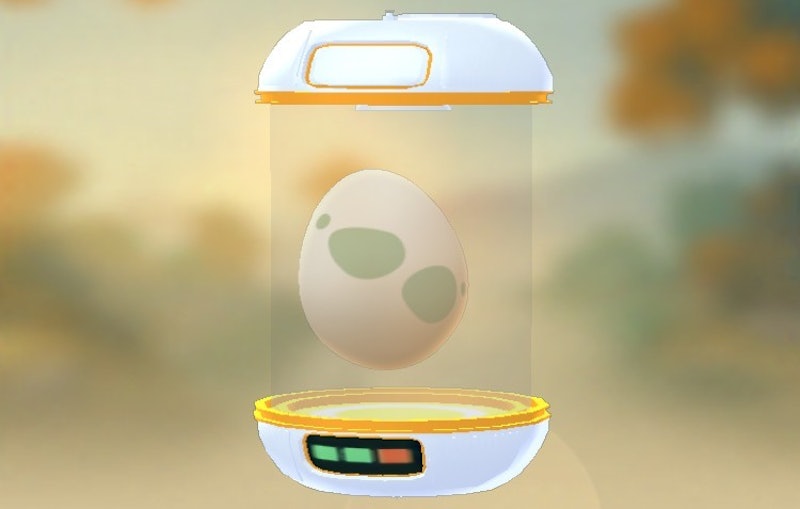 By now you're probably all too aware of the "Pokemon Go" obsession which seems to have taken over the minds, hearts, and souls of anyone with a smartphone — and even though there's a "right" way to do everything, that's not stopping many of us from getting creative with how we play the game. For example, are you trying to figure out how to hatch an egg without walking in "Pokemon Go?" If yes, then fire up your phones, because I'm going to share some much sought-after Pokesecrets with you.

As players of the augmented reality game already know, catching them isn't the only way you can get new Pokemon. You can also find eggs in the environment, incubate them, and hatch them into little pocket monsters. Hatching them is a multi-step process, though, and after you put an egg incubator, you need to walk a certain distance before it will hatch. The distance varies from egg to egg; according to he most common Pokemon are found in the 2km eggs, but the rarest ones are in the 10km eggs — meaning you have to do a hell of a lot of strolling or cycling around if you want to hatch the best eggs.

This makes sense; after all, "Pokemon Go" is intended to encourage physical activity. It also makes sense, therefore, that eggs are speed sensitive so as to prevent cheating — that is, riding around in a car, train, or other fast-moving vehicle will cause the game not to register the distance you've traveled.

However, there are a few hacks out theree you can use to help bring your your egg-cracking performance up to speed. Here are some of the creative ways people have been hatching their eggs without walking.

First things first: Although everyone starts their game with one incubator (which has unlimited use), you should use your Pokecoins to purchase more, therefore allowing you to hatch multiple eggs at the same time. Bear in mind though, the incubators you buy with Pokecoins though break after three uses, and Pokecoins can cost you actual money. (Although we've found a hack to get more Pokecoins without actually spending in real life, too, so at least there's that.)

2. Put Your Phone On A Model Railroad

One news site is reporting that a Japanese gamer has thought out an ingenious way to get more eggs hatched: He's attached his phone to a model railroad, letting the whole thing run on a loop at just the right speed to "trick" the game into thinking the phone is being walked around. Mind = blown.

The one time getting stuck in traffic might actually benefit you: According to Los Angeles Magazine, stop-and-go traffic goes at a speed that's similar enough to walking that it might work as an egg hatching technique.

Rumor has it that these modes of transportation are close enough to walking speed to work, but you'll have to test them to find out what speed to travel at.

5. Put Your Phone On A Roomba

This innovative egg-hatching trick was spotted on YouTube — and it actually works, according to the user who posted the video. All you need is a Roomba, which retails for around $400. (A small price to pay for more eggs).

An actual drone manufacturing company has sought to get in on the Poke-craze by creating a model specifically designed to fly phones around so users can increase their distance and hatch more eggs. What a time to be alive.

Whilst this might look like more effort than actually getting on your bike and cycling, you can't fault this trick for lack of innovation.