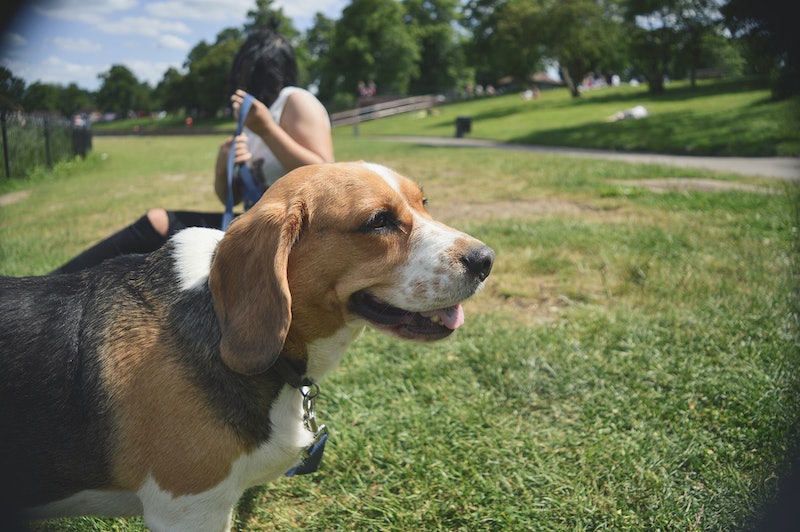 I know, I know, you either can't get enough or you can't wait for the world to stop talking about "Pokemon Go". But while we all exist in a state of wonderment and obsession together, let's for a second talk about the fact that "Pokemon Go" users can now help walk dogs at animal shelters — another bizarre and awesome perk of being a player. Among many of the local businesses that are looking to the game as an opportunity for increased interaction with customers or creative advertising is a not-for-profit business that's hoping to use the excitement around the game to help save dog's lives. One very clever animal shelter in Muncie, Indiana, thought of a great way to utilize the millions of wandering players for some good.

Shelter dogs need to be walked. It's typically the job of volunteers and available employees to take the dogs out and give them some fresh air and exercise. But when the dogs far outnumber the humans, it can be hard to give the dogs the walks they deserve. Dogs in shelters often don't get long walks or go on day trips through open fields — it just not something that's possible for all rescue dogs. In an effort to increase the walks this summer, the Muncie Animal Shelter put out a call to the Pokemon players and asked that they take a shelter dog with them as they walk the long roads trying to catching AR critters. I mean, it makes sense, right? They only need one hand to hold their phone, their other hand is ready and available to hold a leash.

When the animal shelter made an ad asking for volunteers, they had no idea what kind of splash it would make. But the turnout was so huge that people were coming from out of state for the opportunity to participate in both puppy time and an unofficial Poke meet up. Their goal was to get the kids (who are we kidding, and adults) who are walking all over the place looking to catch critters, and get them to take a dog with them on their adventure — a great way to get two birds with one Pokeball.

The advertisement was so successful that the shelter had a line of volunteers wrapping around the shelter after it went viral. People are looking for any excuse to spend more time playing the game and the shelter is happy to take advantage of it all!

Though, they do ask that volunteers be careful and put the dog first, they don't want people wandering into dangerous situations or putting the dog's needs second. After all, this is about dog welfare, not a winning a game, first and foremost.