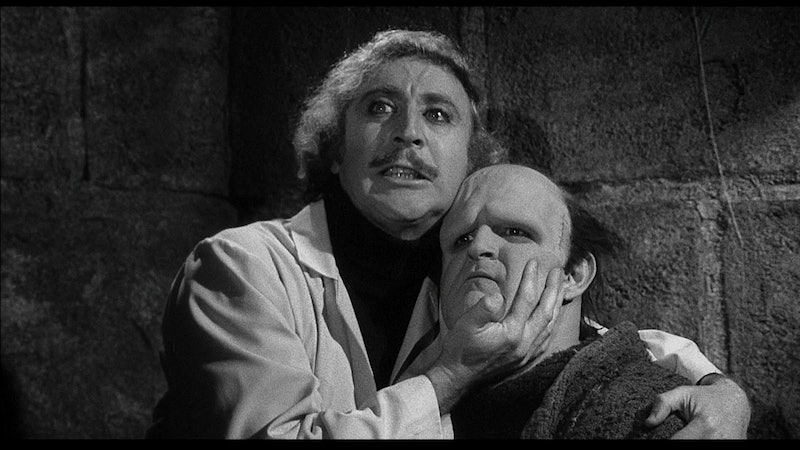 More than 40 years after his cult classic first sauntered into theaters, Mel Brooks intends to publish a Young Frankenstein book. Out just in time for Halloween, the book will contain behind-the-scenes footage and anecdotes about the making of the film.

The 1974 film starred Gene Wilder, Peter Boyle, and Marty Feldman. The premise casts Wilder as the American grandson of Shelley's infamous scientist. Young Frankenstein was shot in black and white, and used the original lab equipment props from 1931's Frankenstein , which starred Boris Karloff as the creature.

Young Frankenstein was the third film for which Brooks and Wilder teamed up, following The Producers and Blazing Saddles. All three films have been preserved by the National Film Registry, and made the American Film Institute's cut for the 100 Funniest Movies of All Time, placing in the top 15.

The Young Frankenstein book will offer fans new interviews from the cast and crew, set photos, and more. In the introduction, Mel Brooks notes, "Of all of my films, I am the proudest of this one," which, let's be honest, makes it pretty hard to pass this book up.

Look for the Young Frankenstein book in stores on October 18.