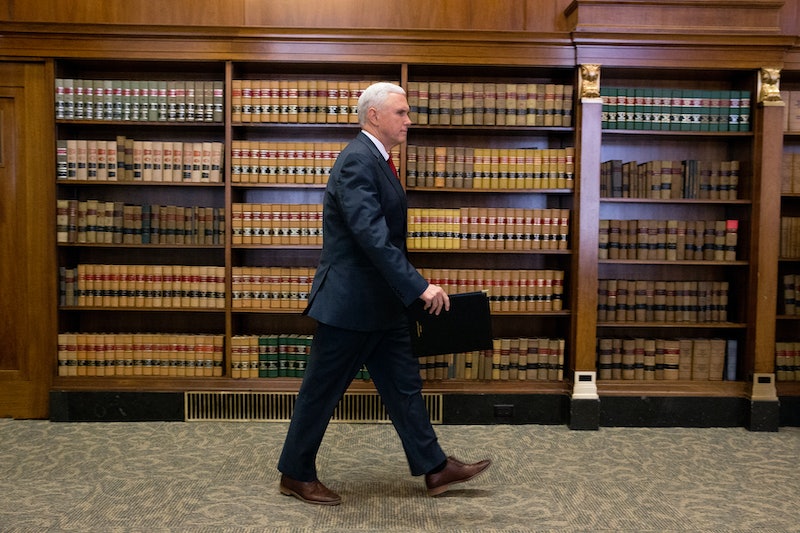 Earlier: With a number of recent signs and reports Thursday pointing to Indiana Gov. Mike Pence as the likely pick for Donald Trump’s running mate, there’s been a lot of chatter about the effect Pence’s presence on the ticket might have. Given the presumptive GOP nominee’s extreme positions and bombastic statements on a wide variety of issues, some may wonder if Pence would add a dose of moderation to the ticket. While he may have a calmer temperament than Trump, Pence's views on LGBT rights are far more extreme and disturbing.

In March 2015, Pence signed into law Indiana’s Religious Freedom Restoration Act (RFRA), which effectively allowed religious institutions and businesses to deny services to LGBT individuals. Uproar over the law was swift and furious. Not only did Pence face national criticism for signing the law, but there were concerns of economic backlash for the Hoosier state, as well. Salesforce, a California tech company, started a call for other tech companies to avoid doing business with Indiana.

In the end, Pence scrambled to clarify the text of the law, later signing an amendment which specifically barred businesses from denying services to someone based on their sexual orientation. Pence also has a spotty record on marriage equality, supporting a constitutional amendment to ban same-sex marriage during his time in Congress and fighting the courts when a U.S. District Judge ruled Indiana’s gay marriage ban was unconstitutional.

If Pence is his VP choice, Trump seems to be sending a clear message to anti-LGBT rights voters around the country.