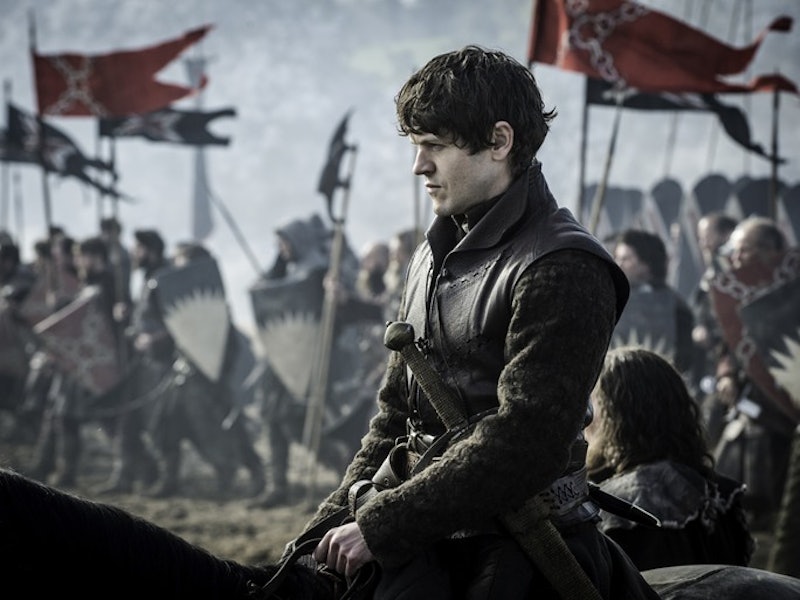 Heroes would be nothing without the villains they're constantly fighting against. It's what makes any triumph all the more sweeter. And that's precisely why I was shocked to see that Iwan Rheon was snubbed in the 2016 Emmys nominations. Both Peter Dinklage and Kit Harington received nods for their Season 6 performances in the Outstanding Supporting Actor in a Drama Series category, and yet Rheon, who played the hateful Ramsay Bolton on Game of Thrones , is nowhere to be found. But why is that do you think? Many could argue that the character underwent his best season yet on the series by not only leading the charge during "Battle of the Bastards," but also becoming puppy chow at the hands of his own starved dogs. So if there was ever a time to give this guy some proper Emmys love, this was certainly it. And yet, here we are with nothing to show for his amazing work.

Don't get me wrong, I absolutely hated Ramsay Bolton with a fiery passion and wish nothing but the absolute worst for him. But we aren't talking about Ramsay here... we're talking about the actor who portrays him and he's done a heck of a job with the role. Sure, he made us loathe him, but it did it well. I mean, we're talking about someone who swooped out of nowhere and took the Most Hated Game of Thrones Villain award right out from Joffrey's evil clutches. I never would've thought that could be possible, but Rheon managed it with apparent ease.

What's really crazy is the fact that Rheon has never won any award for his role as Ramsay ever. For a character as memorable as the one he's brought to life, that just seems insane to me. At the same time, though, I realize that it's hard to include everyone in award show nominations. There's so much talent that can be found in every show these days that it's undoubtedly hard to narrow it down to a select few. So I am appreciative that Dinklage and Harington were able to represent the Game of Thrones side of the spectrum.

However, I could also argue that Tyrion's role in Season 6 was a lot less exciting than in prior years. That's no fault to Dinklage at all, whose acting abilities are as impressive as ever. But when you're stuck in a place like Meereen for the entire season, that doesn't give you much to work with. Rheon had a much more prominent stake in the season, which eventually culminated in his long-awaited death. So I wouldn't have been completely upset to see his name there instead of Dinklage's, especially since he's been receiving Emmy recognition for his role since pretty much Day 1.

This would've been Rheon's last chance to shine during this particular awards' show. I guess it's just a dog-eat-dog world out there. (Pun very much intended.)