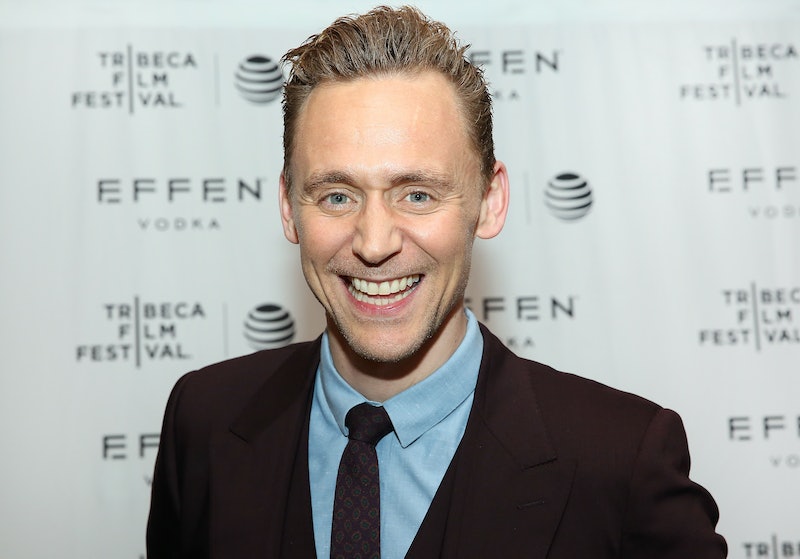 The moment has come: a member of Hiddleswift has confirmed that Hiddleswift is actually a thing. (You know, in case the photos weren't enough for you or you subscribe to any of the many conspiracy theories about this union.) On Thursday, MTV News spoke with Tom Hiddleston who confirmed he's dating Taylor Swift with real words — unlike that time an Australian reporter asked him about it and he just sort of grinned and ignored the question.

Don't expect too many words about the relationship from the Thor actor, though. He made sure to keep his answer simple, and told MTV, "We are together and we’re very happy."

Even still, when he was asked about dating Swift by the Australian reporter (he and the singer are both currently in Australia while Hiddleston films Thor: Ragnarok), he said even less. He was asked by 9News how Swift was enjoying being in the country, to which Hiddleston replied, "I'm not going to answer that if that's alright." Then, when the reporter asked if he and his "girlfriend" were planning on doing while on the Gold Coast, he responded, "I don't know. It's just good to be back." So, yeah, he didn't blurt out "SHE'S NOT MY GIRLFRIEND!" which I guess in itself could be seen as confirmation, but his words to MTV News are much, much clearer.

If you're wondering how Hiddleston got away with saying only one sentence in his new interview, don't worry, that wasn't the case. The actor mostly spoke with MTV about the Emmy nomination he received on Thursday for Outstanding Lead Actor in a Limited Series or Movie for The Night Manager. About this, the 35-year-old had a lot more to say.

"I could not be more delighted. It was a huge undertaking and an enormous labor of love and one of the proudest achievements of my short life and career," he said of the nom. As for how he reacted to hearing the news: "I did a little sort of shake of happiness. There were rumblings, there were stirrings, but they didn’t fully express themselves in explicit dance moves, shall we say."