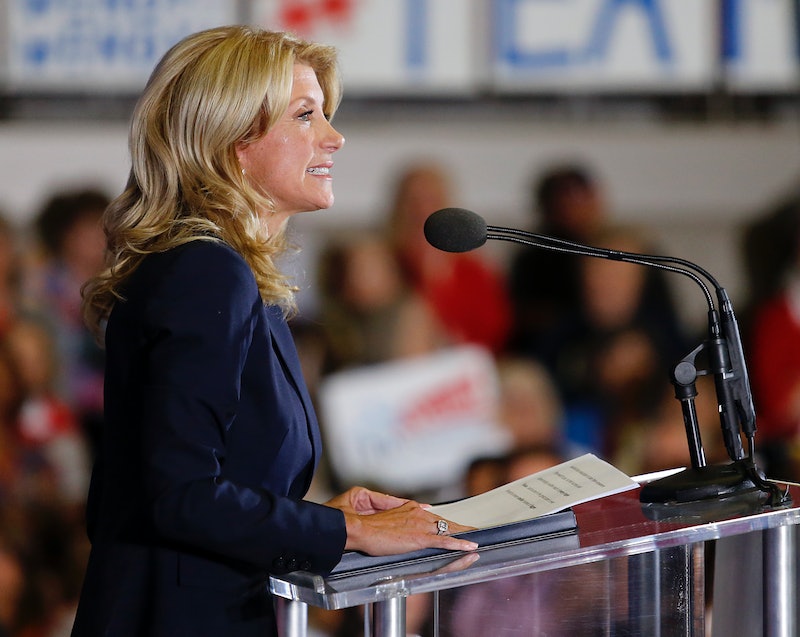 She's done it! On Tuesday, Texas' Wendy Davis won the Democratic primary race for state governor, and became the first female gubernatorial nominee seen in Texas since 1994. Davis came in 60 points ahead of opponent Reynaldo Madrigal, and in November will face off against Republican darling and state Attorney General Greg Abbott for the job of governor. Davis' primary win has been expected ever since her win was announced, but she's still considered an underdog against Abbott.

Davis grabbed the nation's attention after an epic 13-hour filibuster in the state Senate last year, protesting a new law that would restrict access to abortions. This energized the Democratic faction in the staunchly Republican state, and helped Davis rake in $16 million from a staggering 91,000 individual donors, plus several abortion-rights groups, for her campaign. It also earned her the nickname "Abortion Barbie" from Fox News commentator Erik Erikson. Charming.

Her opponent, Greg Abbott, has been a Republican favorite for the role since incumbent Gov. Rick Perry announced he wouldn't be seeking re-election. Abbott has spent several years gathering $20 million in campaign funds for his bid for governor. He even recruited rocker Ted Nugent to campaign with him, a plan that backfired somewhat after the musician called President Barack Obama a "subhuman mongrel."

After his own win in the Republican primary, Abbott held back from mentioning Davis in his vistory speech. Davis, however, took a more direct approach, openly criticizing Abbott for not representing the whole state.

This is great news for Davis, but the candidate can't relax just yet. It's going to be a tough eight months ahead on the campaign trail, so we hope she's packed the pink running shoes she famously wore during her sensational filibuster.