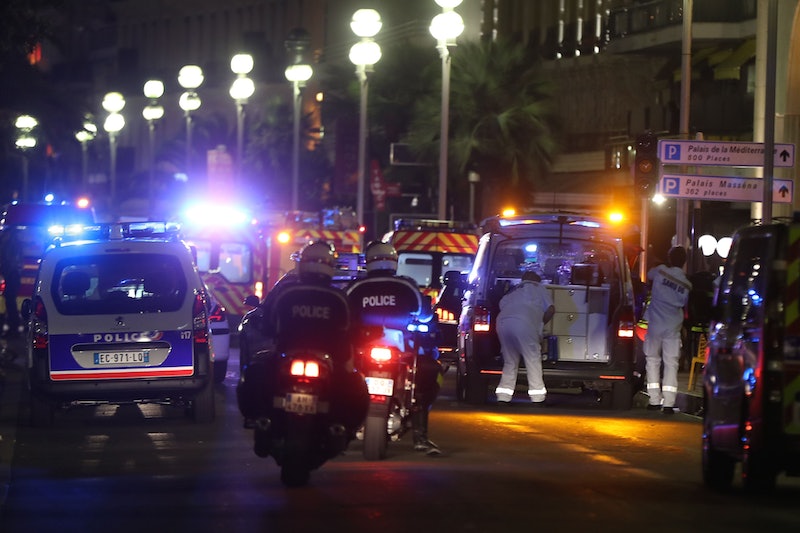 Earlier: On Thursday, July 14, a truck drove through a crowd of people watching fireworks in Nice, France, reportedly killing at least 60, according to The Guardian UK. French authorities are calling the attack deliberate. An American witness told CNN that the truck plowed into the mass of spectators who were all situated on a sidewalk near Nice's Palais de la Mediterranee, which looks out onto the beach. A spokesman for the French Interior Ministry says that the driver was shot dead by the police and that there was no hostage situation. After the tragic shootings that have occurred in the United States recently, as well as the horrific events that continue to take place overseas in other countries, celebrities are taking to social media to express their prayers, grief, and frustration.

Nice, France, is famously known as a resort city, where many flock to spend vacations with their families. On this particular day, people — children included — gathered to watch fireworks in honor of Bastille Day, France's national holiday. While an attack on any day would be just as appalling, it's even more shocking on a day of celebration. As the rest of the world continues to learn more about the awful tragedy that occurred, celebrities are taking to their social media platforms to speak out: