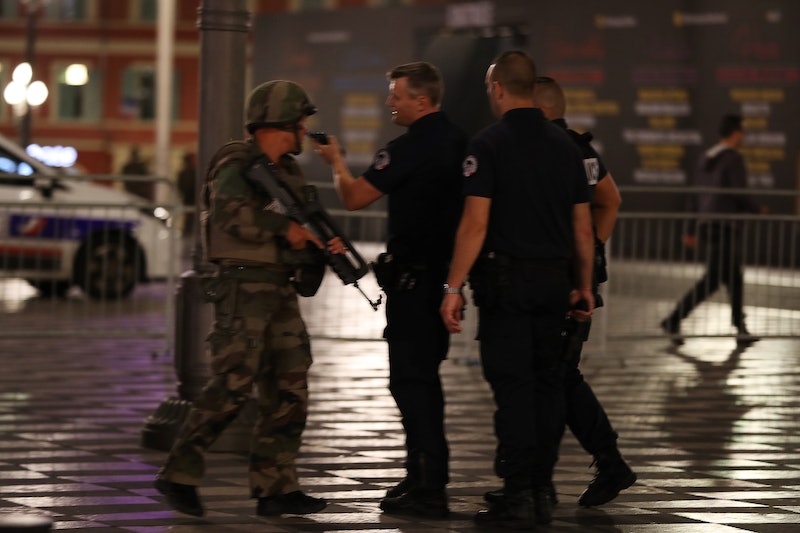 Earlier: On Thursday night, a truck plowed into a crowd at a Bastille Day celebration in Nice, France. At the time of writing, official statements regarding casualty totals had not yet been released, but the deputy mayor of Nice, Christian Estrosi, reportedly tweeted that there may be “tens of deaths," according to the New York Times. Few firm details are known about the gruesome incident that ruined what is supposed to be a day of national celebration in France, and many are wondering who the Nice, France, attack victims are.

At the time of writing, there are conflicting reports about the number of victims. The main information that is known is that they had gathered to watch the annual celebratory fireworks in honor of Bastille Day and were standing along the Promenade des Anglais. “Everyone was calling ‘run, run, run, there’s an attack, run, run, run,’” one witness to the attack told CNN affiliate BFM-TV, according to a NewYork Daily News report.

The first two victims named were Sean and Brodie Copeland of Austin, Texas. The 51-year-old father, Sean, was on a family vacation in France with his wife, his son, Brodie, and his two other children, a relative told BuzzFeed News. Brodie was only 11 years old.

Similarly, Philippe Pradal, the mayor of Nice, confirmed that more than 50 children were admitted to the hospital following the attacks and at least 10 children were killed.