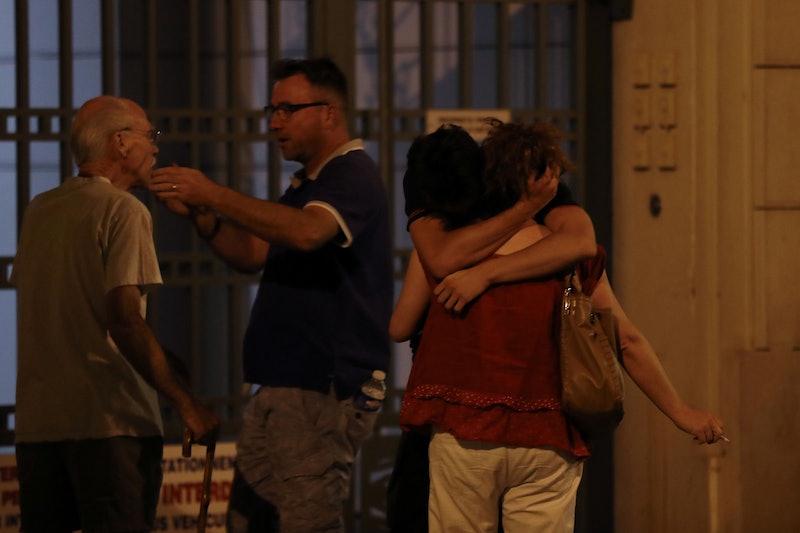 Earlier: Dozens of people have been reported dead Thursday after a truck plowed into a crowd watching Bastille Day fireworks in Nice, leaving France shocked and mourning as the national holiday comes to an end. These Bastille Day memes and tributes honor those who have died. Not long after news of the incident broke, tributes to Nice and France began to pour in via social media, with people around the world offering their condolences and support.

At least 60 people were expected to have been killed when a driver swerved into a large crowd gathered along Nice's Promenade des Anglais, driving for more than 100 yards, a spokesperson from the French interior ministry told NPR. An additional hundred people have been reported injured, according to Reuters. Police were reportedly forced to shoot and kill the driver in an effort to bring the truck to a stop. Speaking from the scene to France Info radio, Nice regional president described the incident as "a scene of horror," the Associated Press reported.

News of Thursday's tragedy in Nice sparked expressions of shock and speculation over whether the incident was terror-related on Twitter as people attempted to digest what had happened. Amid the speculation, however, were tweets of grief, mourning, and support as social media users sought to honor those lost.

It is a sad day for France.