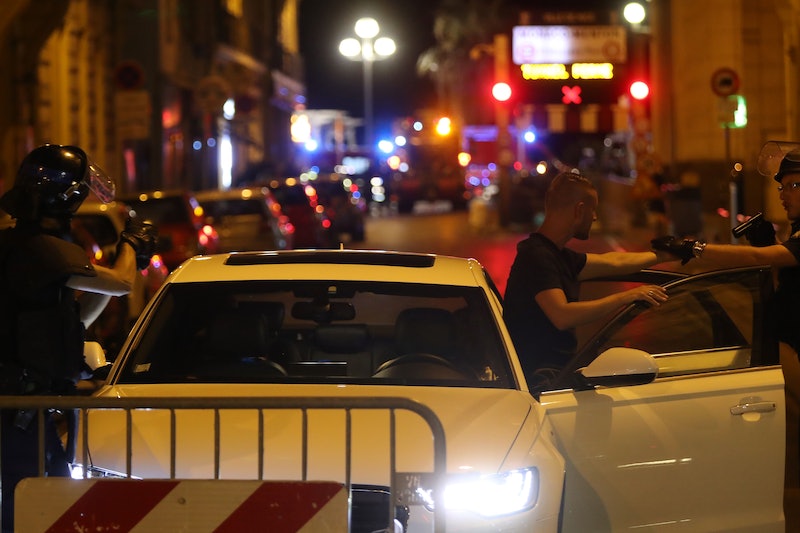 Earlier: Bastille Day is a time for celebration, but unfortunately, news has broken that a driver has severely injured and killed at least dozens during an observance being held in Nice, France. Witnesses initially thought the crash was accidental, but soon realized it was an intentional attack after reportedly hearing gunfire. One witness reported seeing between 70 and 100 emergency vehicles at the site, aiding victims of the attack.

The attack unfolded at the Promenade des Anglais, known as being one of the main streets of Nice that overlooks the beach. Known as simply "La Promenade" or "La Prom" by residents, it's one of Nice's key spots for families to gather, and also serves as the location for many of Nice's bigger events.

Nice residents are being requested to stay in their homes for safety, and many of them have used this shocking time to reach out to each other and make sure those who participated in the Bastille Day event are safe. Aid is currently being offered through the hashtag #PortesOuvertesNice on Twitter, created to help those who are displaced find shelter.

Twitter has also helped paint a picture of both the fear after these attacks, and the kindness of those who are offering their support. Here are tweets from residents of Nice which help explain how it's all unfolded.

Facebook is also offering a check-in for those in France to help friends and family know quickly that they are OK. While France was about to lift its state of emergency after the Paris attacks last November, this attack may make French authorities decide to reconsider. Our heavy hearts are with France during this unfortunate incident, and hopefully those in Nice will be able to find peace.

More like this
Taylor Swift, Kerry Washington & More Speak Out On Uvalde Mass Shooting
By Jake Viswanath
Photos Of Boris Johnson Drinking At A Downing Street Lockdown Party Have Surfaced
By Bustle UK
Twitter Was Saying The Same Thing About Sam Ryder’s Surprising Eurovision Result
By El Hunt
How The City Healed Five Years On From The Manchester Arena Attack
By Ella Glover
Get Even More From Bustle — Sign Up For The Newsletter