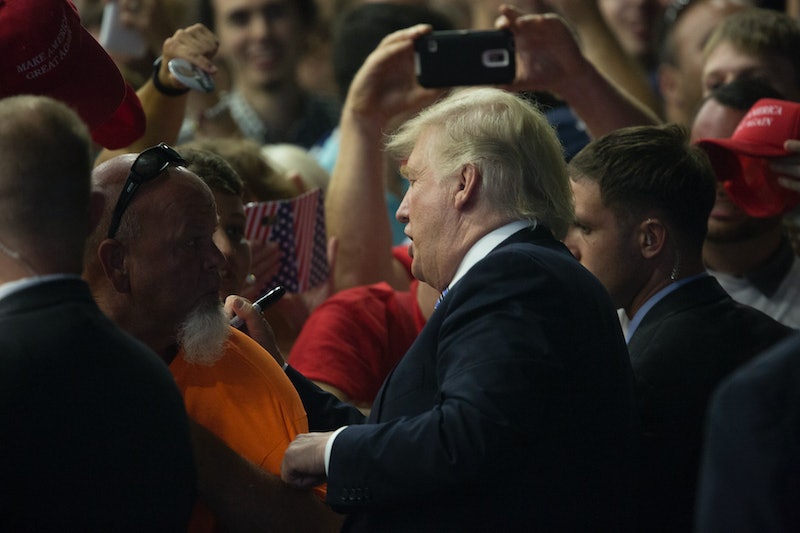 Shortly after news of the Bastille Day attack in Nice, France broke, presumptive Republican nominee Donald Trump responded with his own campaign news. While Trump had been scheduled to announce his running mate on Friday at a press conference in New York, he tweeted he would postpone revealing his vice presidential pick "in light of the horrible attack in Nice, France." The tweet that he would be delaying his vice presidential announcement was not his first in response to the Nice attack. Approximately 30 minutes earlier, Trump had tweet: "Another horrific attack, this time in Nice, France. Many dead and injured. When will we learn? It is only getting worse."

Earlier: According to the latest reports at the time of writing, the horrific Bastille Day attack has resulted in at least 60 deaths and many other injured. The president of the Provence/Alpes/Côte d'Azure region tweeted that more than 70 people were reportedly killed and that it was "the worst tragedy in the history of Nice."

Prior to news of the Bastille Day attack, Trump and his prospective vice presidential pick had dominated the American news cycle on Thursday. Earlier in the day, Roll Call broke the news that Trump would announce Mike Pence, the governor of Indiana, as his running mater. However, neither Trump nor Pence confirmed the report. Trump's campaign members stressed that nothing would be confirmed until the presumptive GOP nominee made his formal announcement.