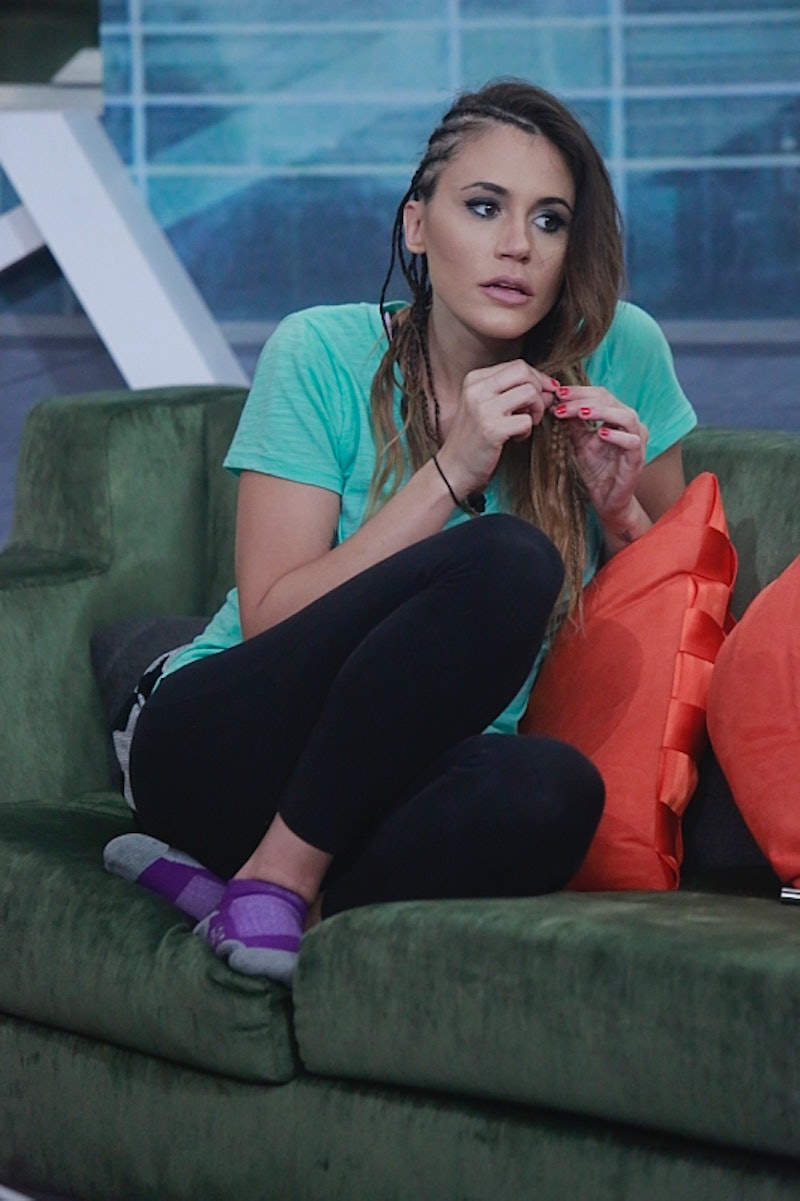 In a surprising twist, Tiffany survived another eviction on Big Brother, despite being everyone's number one target at the start of the week. Spy Girl Bronte was evicted instead thanks to Nicole, Corey, Michelle, Da'Vonne, and Zakiyah. And the only thing more surprising than Bronte's eviction was Tiffany's amazing speech from the block. In her bid to escape eviction, Tiffany ranted about Frank and his Big Brother 18 "dictatorship."

"Houseguests, so as we've seen over the past few weeks, dictatorships rarely work out for the dictators in this house," Tiffany started, "And this week is no different." Tiffany was clearly calling out Frank, who, despite not being Head of Household this week, was definitely pulling all the strings of HoH Bridgette. Tiffany threw down her gauntlet and declared all out war on Frank, telling her fellow houseguests that should they let her stay another week, she would only be going after Frank and Bridgette. "I'm sorry, but, if you want to keep me, I'm not targeting any single one of you but said dictator [Frank], and his little Cabbage Patch Kid [Bridgette]." Check out her whole speech below:

"Houseguests, so as we've seen over the past few weeks, dictatorships rarely work out for the dictators in this house, and this week is no different. In fact, let's talk about the dictator this week. He was trying so hard to get me out. He was up late nights, early mornings — gotta give him an A+ effort really. But there was one small flaw in his master plan to get me out, and that was the cow manure that spewed off of his tongue that smelled worse than his daily gas.... I'm sorry, but, if you want to keep me, I'm not targeting any single one of you but said dictator and his little Cabbage Patch Kid."

Needless to say, Tiffany's speech surprised many of the houseguests, including Frank, and she received loud cheers of approval from the live audience in the studio. Audiences at home were equally amazed by Tiffany's statements, including her older sister, Big Brother alum Vanessa Rousso, who tweeted out her support.

Others at home were equally impressed, calling her speech "iconic" and praising Tiffany's actions.

Unfortunately, Tiffany's determination to evict Bridgette and Frank will have to wait. Paulie won this week's HoH competition, which means his teammates — Michelle, Bridgette, and Frank — are all safe from eviction.

Even if Tiffany doesn't get a chance to follow through on her speech, tonight she made a big impact on Big Brother history. And for that, we thank her.