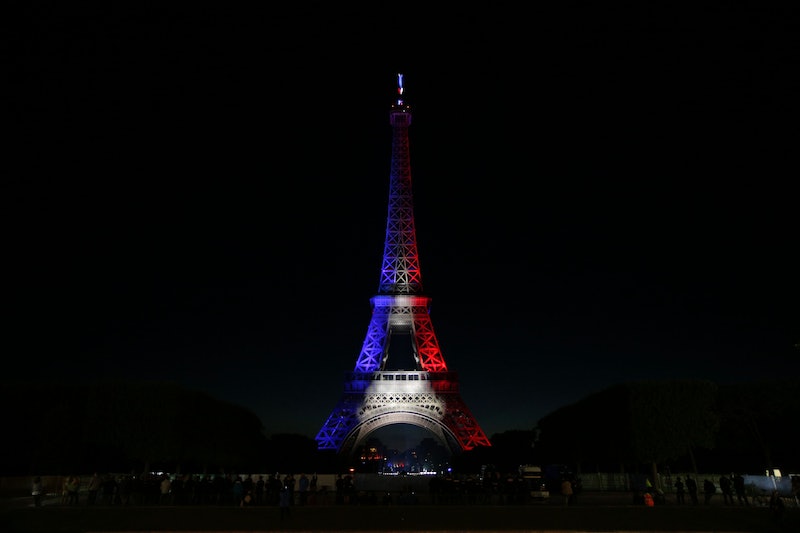 One of the most popular trends on social media in recent years is to change your profile photo on Facebook to include an overlay of a flag, which is used to show solidarity with a given group. From the gay marriage Supreme Court ruling last year to the attacks in Paris, changing your profile photo to add a flag overlay is an immediate, visceral way to show an affected group that you are with them. While the horrific Bastille Day attack in Nice, France, makes waves online, many people might wonder how to change your Facebook photo to support Nice.

After the attacks in Paris in November and the SCOTUS gay marriage ruling in June of last year, Facebook allowed users to add an overlay in support of their chosen causes. While no such Facebook-generated setting has been released in the Nice Bastille Day attack, there are third-party sites that allow users to log in and add an overlay on the profile picture associated with their social media account. As with any other third party that asks for a login, be sure to do your own research to get a full appraisal of who you're giving your information to before using any of them.

One of the better sites to use to add a French flag overlay is rainbow.io, which allows users to add flag overlays of all different types. It also offers the more secure option of uploading a photo directly, which you can then upload to Facebook without logging in to the site itself.

The simple layout of the site makes it easy to upload a photo to add an overlay to, or to log in to your Facebook and allow the app to change your profile photo. You either click the "France Filter!" or "Facebook Login" buttons. For the "France Filter!" option, you'll be asked to select a photo from your hard drive, which will then have an overlay added. You then can click "Download Picture," and upload it to your Facebook as you would any other profile photo.

For the "Facebook Login" option, you will be prompted with a screen that says "Log in with Facebook." You'll click "Okay" in the bottom right corner. It then asks if Rainbow Filter can post to Facebook for you, and you should also click "Okay" for (unless you're not OK with it). Your profile photo with the flag overlaid will then appear on the screen, and you can either download it and upload as with the other option, or click "Make Profile Photo" and have the app change your profile photo for you.

It's important to remember that while showing solidarity in this way is a helpful reminder to those affected by attacks, it's not the only thing and shouldn't be the main thing you do to help victims of tragedy. There are many other ways to help the victims of the Nice attack, which could be done in tandem with changing your profile photo.