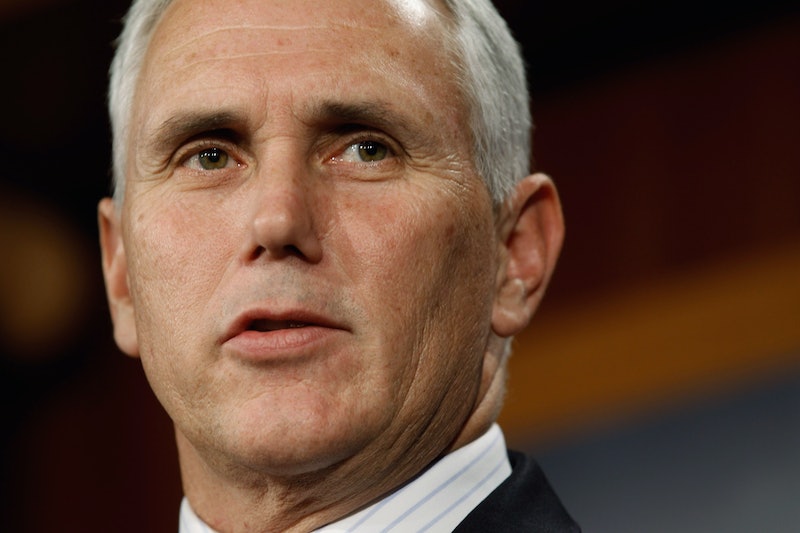 Earlier: In the wake of a horrific event that turned celebration into tragedy, Mike Pence's tweet about the Nice attack is exactly the rhetoric we need to avoid.

During Bastille Day celebrations and festivities in Nice, France, a truck drove through the street deliberately running people over. The driver, who has been shot and killed by police, carried out a devastating and senseless attack that left dozens dead and nearly as many injured. The Nice attack was the second, shocking terrorist attack in France in just eight months; in November of last year, ISIS carried out a calculated attack across the city of Paris that left countless people dead and survivors traumatized for months.

President Obama's response to the Nice attack reminded people everywhere of what France has been through this past year, as he lauded "the extraordinary resilience and democratic values that have made France an inspiration to the entire world." Similarly, French President François Hollande responded to the attack with a message that invoked this resiliency that Obama mentioned. "France is in tears, she is hurting but she is strong. She will be stronger. Always stronger than the fanatics who wish to hurt us."

These messages put forth a united front, and a strong one at that, but Pence's tweet about the Nice attack went against that completely by ignoring an important truth.

Pence was right when he said, "This must end." However, he was completely wrong when he said that the terrorist attack in Nice "is a horrific reminder of the threat facing Western civilization." Although ISIS had not yet claimed responsibility for the Nice attack as of early Friday morning, it is important to recognize that the terror group, among others, has targeted plenty of countries that aren't Western countries: Saudi Arabia, Libya, Lebanon, Egypt, Tunisia, Yemen, Afghanistan, Kuwait, Bangladesh, and Indonesia are just a few locations where the threat of a terrorist attack is a very real, and very frightening thing.

By limiting his condolences and messages to "Western civilization," Pence not only excluded entire groups of people who experience these same horrific attacks, but he also perpetuated the type of rhetoric that many are working against when it comes to discussing these incidents. The Western world has been criticized for only caring about terrorist attacks when they happen in Western or European countries. When Pence sent a tweet about "the threat facing Western civilization," he blatantly missed and ignored the rest of the world that often has much more frequent terrorist attacks than we do in Western areas.

It is important to acknowledge the tragedy that struck Nice on Thursday evening, but Pence's message missed the larger point entirely, in that terror threats plague the entire world, and we need to view these attacks with equal care and weight if we're going to get better at working together as a global coalition.