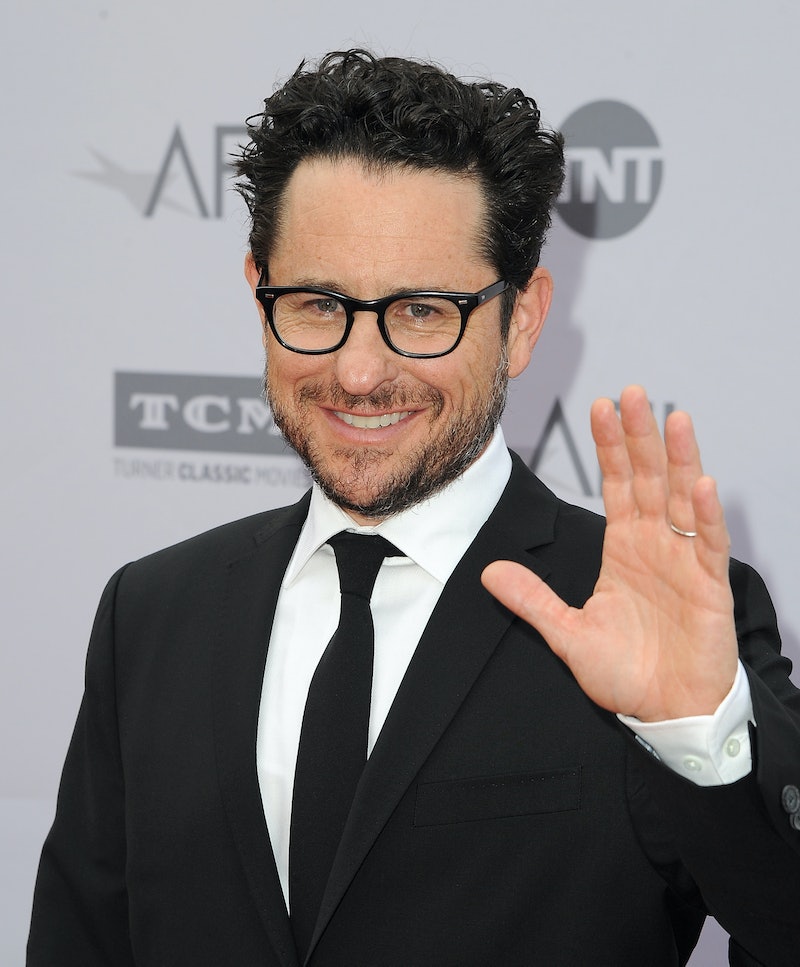 Boldly going where no other science-fiction franchise has gone before, Star Trek fans learned at the start of July that iconic character Hikaru Sulu will be openly gay in the upcoming third film from the franchise, Star Trek Beyond. What felt initially as a fitting and respectful tribute to original Sulu actor and openly gay LGBT activist George Takei took a turn for the worse when Takei revealed that he was actually unhappy with the decision, calling the modern portrayal "really unfortunate" and saying that introducing Sulu as gay is a "twisting of Gene's creation." One important Star Trek figurehead (who has thus far remained silent on the matter) certainly disagrees. In an interview with The Huffington Post, Star Trek Beyond producer J. J. Abrams spoke out in support of Sulu being openly gay, and against Takei's notion that Rodenberry wouldn't approve of the decision, stating that "It’s about time that there’s a gay character in this universe." He explained:

It is done, as you saw, in a way that is not in the story of the movie, which is one of my favorite things about it. It’s beside the point. I feel that George Takei’s reaction ― I’m sure has more to do with George Takei, and the baggage he brings to the proceedings. I think it may be his perception of having played a character a certain way. It might mean something personally to him. I have nothing but respect for the man, but I think it’s a preposterous thing for, of all people, a Star Trek actor — who’s come out himself — to say that Gene Roddenberry wouldn’t have wanted this.

Abrams also goes on to elaborate on how this portrayal of Sulu is, in his opinion, actually perfectly in line with how inclusive and progressive the original series of the show was:

One of the many things I admire about [Roddenberry] was … how he was so about inclusivity, and I can’t imagine that he would not have wanted one of these characters, if he had been allowed ― which, of course, he would never have been allowed to in that era ― [to] have them be gay

Despite the fact that Takei has recently clarified his comments by explaining that he was "not disappointed" by the character's new sexuality, it's hard to forget the subtext of his original statements, which appeared to accuse the portrayal of being against Rodenberry's original vision. As such, it's easy to agree with Abrams that actually, the decision is probably one that Rodenberry would have more than approved of. When looking back at some of the most socially progressive and inclusive moments from the original Star Trek series, it's also easy to understand where Abrams is coming from with that assertion. Here are some of the most groundbreaking ones to bear in mind.

The Original Cast Was Wonderfully Diverse

Including a Japanese pilot, an African American communications officer, a Scottish engineer, and a Russian navigator, the show actively tackled many of the growing racial tensions of the '60s, and gave visibility to marginalized groups on television.

Star Trek Aired The One of The First Ever Interracial Kisses

Just months following the tragic and horrifying assassination of Martin Luther King Jr., Star Trek tried to help influence cultural perceptions by screening the one of the first ever kiss between a Caucasian man and an African-American woman. Broadcast in 1968 during the episode "Plato's Stepchildren," the moment was televised only a year after laws which banned interracial marriages had been ruled unconstitutional.

The Cold War era of the '60s brought with it a cultural shift of fear against communist Russia, and as a result, many Russian people were automatically demonized in the press for their nationality. When Rodenberry was being pushed to cast a young male actor in order to attract a larger female audience, he created Pavel Chekov. Not only was the character Russian, but he was always portrayed positively, going completely against the cultural attitudes of the time.

It Gave A Positive Portrayal Of A Woman Of Color

Nyota Uhura was an African-American female character who not only had a lead role in the show, but also wielded great power within the Enterprise ship and defied the unwarranted and harsh racial stereotypes of the era.

The Show Was Unafraid To Present Powerful Allegories On Racism

Star Trek didn't just present inclusiveness within its characterization, however, as plot lines within the show often presented accessible and easy to understand allegories which made statements on the politics and cultural zeitgeist of the '60s. The episode "Let That Be Your Last Battlefield," for instance, provided an allegory on racism. Portraying two enemies both with similar and distinguishable faces, the two characters feature half black and half white faces (their skin colors are the reverse of each other), who fail to understand their similarities. Their hatred for each other eventually results in the complete obliteration of their planet and their people, as a result.

Frankly, introducing Sulu as being an openly gay character can only be beneficial for the Star Trek universe and mainstream Hollywood movies as a whole. Abrams, Pegg, and Quinto are correct in their collective support of the decision which will provide some much needed visibility to LGBT characters and will hopefully inspire the inclusion of more openly gay characters within Hollywood films. The original series of Star Trek was groundbreaking and challenging for the era it was released, and as such I'm with Abrams on this one: Rodenberry would surely be proud of how his original vision has been respectfully continued with the portrayal of Sulu's sexuality. And it's surely a moment which will remembered as being a ground breaking one in movie history for many years to come.