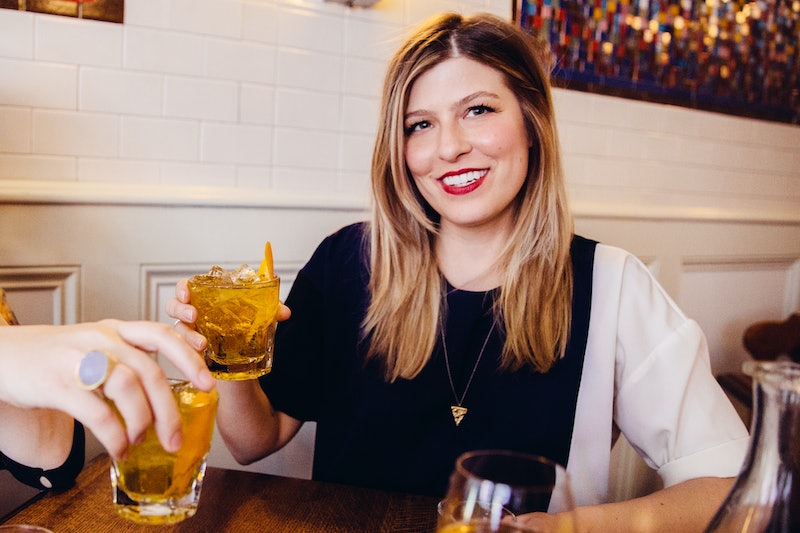 I never truly loved my boobs until I thought I was going to lose one. Typical, isn’t it?

Sure, I liked them. I secretly used to pride myself on my impossibly perky rack. And, of course, I took notice when, in my 30s, my breasts began to slope away from each other like two mountainsides recovering from an avalanche. But overall, they’ve always just been there. Nothing to see here.

Sitting in the waiting area at Weill Cornell Imaging Center, wrapped in a soft Pepto-pink robe, all that indifference vanished. I was killing time before an impending breast biopsy, staring at the plump, airbrushed cleavage of Hollywood stars in People magazine. Kaley Cuoco’s breasts couldn’t possibly be so immaculate. Or are they? I gazed for a long time. Suddenly, my breasts were my most prized possession. And for the first time ever, I couldn’t bear the thought of losing them.

Though it's a common feeling, it's a hard one for me to admit this because, when I was 16, I watched my mother endure eight months of chemotherapy, which involved a double mastectomy. All this time, I’d taken for granted an appendage that could be lopped off my torso with the mere utter of the “C” word.

I knew that for my mom, a traditional southern lady, losing her breasts due to cancer was an abomination on womanhood. I thought I understood that for her, parting with her breasts —these vehicles that once fed her children, and the most flattering complement to her favorite V-neck sweater — was to be stripped of an intimate part of her identity. It’s sort of the equivalent of burning all her cookbooks and fueling the fire by exhausting every can of her hairspray.

To this day she isn’t happy with the fake ones. “They’re too big,” she scowls, “not what I had in mind.” When we go to the beach, she conceals them as though they were grotesque tumors, wrapping her lightweight cover-up across her chest in a mummified fashion. I've always liked to remind her that she’s got the perkiest boobs of any 64-year-old woman on the Alabama shore. I think.

Yet I couldn’t truly empathize with her experience trading her God-given breasts for saline stand-ins until the fate of my own breasts were in question. While my mother doesn’t carry BRCA—the breast cancer gene—she and my grandmother were both breast cancer survivors. This puts me at high risk, even at 33.

Initially, I’d been optimistic. It began with a mammogram, one in which I giggled to myself while the nurse scooped my right boob onto the machine’s flat surface. Pale and fleshy, my breast was more reminiscent of a whopping spoonful of mashed potatoes than a body part. Then, like a scene in Indiana Jones when the walls close in, a plastic tray flattened my breast like a pancake. In all honesty, I was in awe of my breast’s resiliency.

Next was the MRI, pre-prescribed due to my family history. It was routine, as far as I could tell, with a contrast I.V. and lying still for what felt like a decade. The MRI seemed extensive for someone who’d never even had a mammogram before, but I felt thankful to be looked after so thoroughly.

Despite the fact that my mammogram had come out clean, my MRI revealed two masses. I’d need to come back for a second-look sonogram.

That night, my husband, ever the researcher, divulged all he’d learned from an afternoon of Internet-ing. “False positives are really common with MRIs,” he assured me. Plus, women have these kinds of test all the time. It seemed there should be no cause for worry.

After the sonogram, I barely heard a word my doctor said. I was too busy searching her face. A primal urge to dissect the pitch of her voice, the intonation that might give me clues as to what she really meant, became my sole focus. “Well,” she said, feigning positivity, “we saw the two spots from your MRI images, which is great, because now we can take samples.” Her words were spoken with scientific precision. It was clear she’d been putting a spin on this sentence for years.

After the doctor had punctured my right breast in two places, my husband took me for ice cream. That night I slept fitfully, thinking up all the different ways I might confidently style a single-breasted neckline. Would I just own it? Keep my head held high, and when onlookers stared, would I simply look at them with an expression that read, “Yeah, I had a boob cut off. What’s it to you?” Would I mourn my breasts? How hard would I cry? Would I admit that I was afraid?

I didn’t tell many people about the biopsy. There was nothing to tell. Nonetheless, the waiting game is a cruel one. I carried on with life as usual; no need to cry over a diagnosis that didn’t even exist yet. My husband kept his own emotions under wrap, but tensions were high. I knew he hadn’t initiated sex the last couple of weeks because of my potential diagnosis. That somehow, if we were to intimately acknowledge my breasts and everything they represented, then we might have to acknowledge the fact that I could lose them.

The cruelest part about waiting for someone to tell you if do or don’t have cancer is the vast disparity of potential outcome. Someone was going to call me and say either a.) “Everything is fine.” or b.) “You have cancer.” It’s not as if I were renting a car, in which I might get a BMW or a Honda. It’s the difference between renting a BMW and getting hit by a Mack truck.

The day after my biopsy, I stifled even more questions that choked in my throat on their way up. What about chemo? Would I chop off my hair? Should I color it pink before it falls out? Would I get new boobs? What if don't like them?

A day later, the results were in. My biopsy samples were benign. I got the call while eating, and as soon as I hung up, I devoured the rest of my lunch like a woman who’s never eaten a meal. Or maybe just like a woman who’d been told she didn’t have cancer.

I’m still having surgery to remove one of the tumors, as it has cancer potential, but it’s precautionary. I’m grateful to see my breasts — and all breasts — through a new lens. These days I admire women’s boobs with the gusto of a 15 year old. I praise them—the pillowy and the squishy, exposed side boob and bouncing cleavage, ones small like mosquito bites, or even saggy like old socks.

It’s even changed the way I feel about my body. Who cares about an extra few pounds? So what about this cellulite? This body is mine and I am so grateful to have it.

I don’t know if I’ll always be this lucky. But for now, I’m unabashedly putting my boobs out there. Just this weekend, I wore a low-cut jumper, a neckline more daring than my usual crew necks and button-downs. I stepped outside of a restaurant to take a call, intersecting a 20-something hipster guy. Nonchalantly, he craned his neck to get a better view. I was elated.