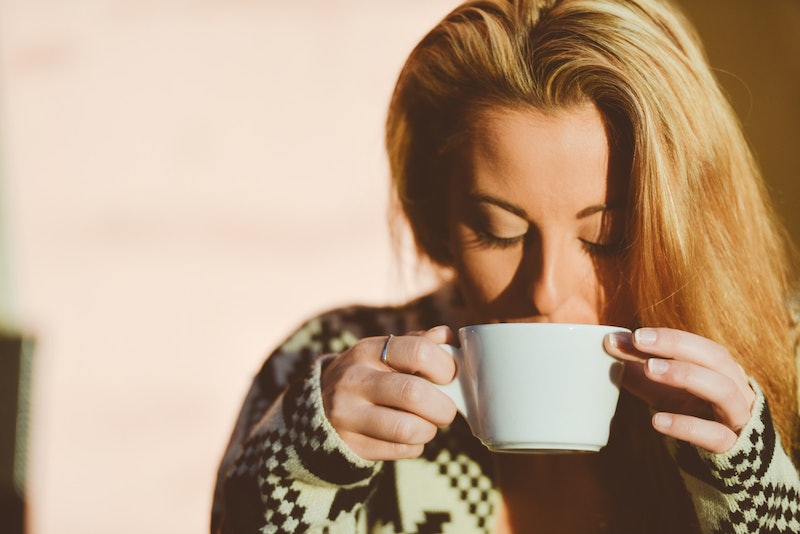 Although the stigma about mental illness is slowly being broken down, plenty of people still view their mental health struggles as a source of shame and are hesitant to seek help from medical professionals, family members, and friends. This is unfortunate, because when we discuss our mental health issues, we find out things that make us feel less alone — like that fact that a number of mental disorders are most common among women. In general, the consensus is that mental health issues are more common in women than men — especially certain disorders. Though recent research has shown that substance abuse is more common among men, and illnesses like ADHD and schizophrenia affect both genders equally, overall, women are 40 percent more likely than men to have mental health problems.

There's certainly a margin of error here, because it's been shown that women are more likely than men to seek a diagnosis and treatment if they're suffering from depression or anxiety, which may skew the statistics. But every mental illness is caused by a complex combination of genetic and environmental factors — and women may be at higher risk due to many of these factors. For starters, women have lower serotonin levels than men and our bodies process the chemical differently. And our predisposition to hormone fluctuations also puts us at a greater risk.

Then there are the environmental factors to consider. Although men certainly face many of these struggles, women are more likely to live in poverty than men and we're at a greater risk of experiencing domestic violence and childhood sexual assault. These stressors and traumas can easily trigger a mental illness in any individual who's genetically vulnerable. With all this in mind, here are five forms of mental illness that tend to disproportionately affect women.

Anxiety disorders are twice as common in women as compared to men, according to multiple studies. Although income level appears to play a role in many mental illnesses, anxiety is not more common in any one income bracket — but it is more common in people under 35 and individuals with chronic physical illnesses. The New York Times cited cultural pressures placed upon women and a greater likelihood of reporting anxiety to doctors as possible factors in this statistic. There is also a biological component that could explain why women are more prone to anxiety — the "fight or flight" part of the brain becomes activated more quickly and remains activated for longer in women.

Although women are slightly less likely to experience a traumatic event than men, females are twice as likely to develop PTSD. The American Psychiatric Association added PTSD to the The Diagnostic and Statistical Manual of Mental Disorders in 1980, after veterans returning from Vietnam exhibited many of the symptoms. For this reason, there's often the misconception that PTSD only affects veterans. But in reality, PTSD can be triggered by a wide variety of events, including car accidents, sexual abuse, surviving a natural disaster, and domestic violence.

The traumas most commonly experienced by women — such as sexual assault and domestic violence — are often intimate and personal, and the perpetrators are frequently people we know and trust. This is the main reason women are more likely to suffer from PTSD than men. Technically, PTSD is categorized as an anxiety disorder — but, unlike social or generalized anxiety disorders, it's tied to a specific event and the anxiety is triggered by reminders of this event. PTSD makes it incredibly hard to live your life, but treatment is highly effective — approximately 80 percent of people who seek professional help do recover, so it doesn't need to be a chronic condition.

Phobias are actually the most common mental disorder, but they often don't reach the point of interfering with a person's ability to function. Many people have irrational fears that they recognize are irrational and don't negatively impact their overall mental health. The difference between a "fear" and a "phobia" is that a phobia causes psychological impairment when a person is faced with the situation.

One of the most common illnesses in this class is agoraphobia — and women are three times as likely as men to be agoraphobic. Agoraphobia is characterized by intense anxiety regarding being in a public space, especially when it's crowded. The condition is usually preceded by a panic attack, which triggers the fear that another one will occur if the public space is reentered. If it goes untreated, agoraphobia can quickly escalate to the point where people are fearful of leaving their homes — and this, of course, severely limits their ability to function in their personal and professional lives.

Social phobia is also more common amongst women and it can be debilitating. Although this disorder is sometimes thought to be the same as shyness, it is not the same thing. People who are shy don't experience the extreme anxiety that characterizes a social phobia — and they don't necessarily avoid social situations. And people with social phobia can be comfortable with others in some situations, and have other situations trigger the phobia. The symptoms of social phobia include the belief that all eyes are on you and a fear of public speaking, dating, eating out, or talking on the phone in front of others.

Panic disorder involves repeated and unexpected panic attacks, which differs from generalized anxiety. A panic attack is characterized by shorter, more intense feelings of fear and includes physical sensations like a racing heart, trouble breathing, dizziness, nausea, chest pain, and shaking. At their worst, panic attacks can feel like having a heart attack or suffocating — some people even fear they're dying because the physical manifestations are so intense. Panic attacks go away on their own, but they're incredibly frightening and can be debilitating. Panic disorder is when the panic attacks are a common occurrence and the individual avoids any situation that may trigger an attack.

Women are twice as likely as men to experience panic attacks and panic disorder, though the exact reason for this is unclear. They're also more common amongst women who suffer from migraines, depression, and cardiovascular diseases.

Approximately 12 percent of women experience depression, compared to six percent of men. Doctors believe this is due to a combination of biological, psychological, and sociocultural factors. Fluctuating hormone levels play a role, as well as the fact that women are often more "ruminative" than men and experience more stress due to cultural expectations, like that they be able to balance a career, domestic obligations, and taking care of children and elderly relatives. And again, women are more likely to seek a diagnosis and treatment for depression — so there is a margin of error with these percentages.

As we open up to each other about our own mental health conditions, the more we'll learn about the illnesses and how others experience them — and it'll help continue to break down the stigma. A recurring theme among these illnesses is that, although women are often more vulnerable due to genetic and environmental factors, men are often hesitant to seek the help they need and deserve. So we should all be aware of the people around us and let them know that they're not alone if they're dealing with a mental health condition.