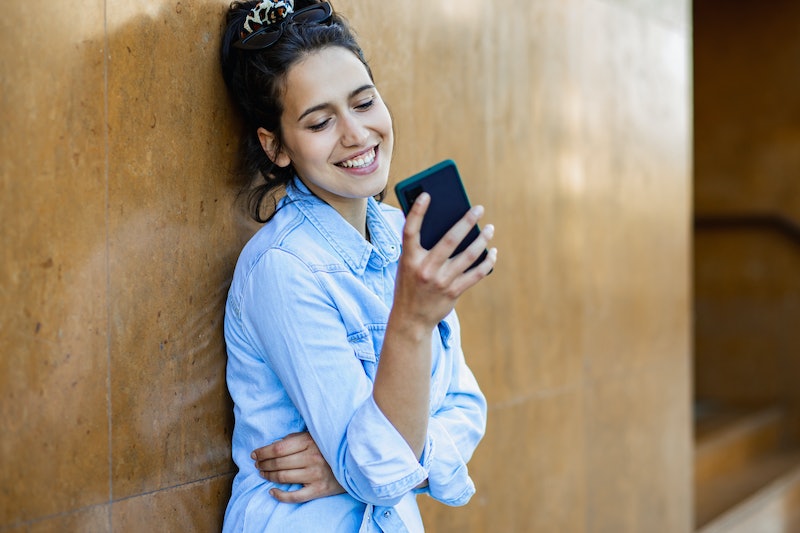 We all display a few narcissistic qualities, like being preoccupied with fantasies of success or being easily wounded by criticism. And most of us have people in our lives who seem to display these qualities to the exclusion of all others — people who love to be the center of attention, seem to exaggerate their own accomplishments, and display generally arrogant behavior. But in some cases, people exude narcissistic qualities so extreme that they fit the criteria for Narcissistic Personality Disorder, a diagnosis in DSM-IV catalog of mental health disorders that are recognized by the medical community. NPD is categorized as a "personality disorder," which is different from a "mood disorder" like depression — according to the Mayo Clinic's website, "Personality disorders are conditions in which people have traits that cause them to feel and behave in socially distressing ways, limiting their ability to function in relationships and other areas of their life."

If you weren't previously aware that Narcissistic Personality Disorder existed, odds are high that right now, you're probably armchair-diagnosing a bunch of people you know and thinking "that explains it!" But it's important to remember that only 6.2 percent of the population actually has NPD. So, while we all certainly know people who might display some narcissistic qualities, the disorder is more complex than that — and it's not only difficult to live with; it's also extremely difficult for people with family members or partners with NPD.

Narcissistic Personality Disorder seriously affects a person's ability to form and maintain healthy relationships with friends and family members. And that's not the end of the havoc that NPD can wreak: it's frequently dual diagnosed with bipolar disorder, anorexia, and substance abuse. It also puts friends and family members in a difficult position, because dealing with an NPD individual can take a toll on their own mental health. The good news is that these characteristics often lessen with treatment, or with age — by the time a person enters their 40s or 50s, the behaviors have often subsided.

If you suspect you know someone with NPD, here are five signs of the disorder.

1. They Exaggerate Their Accomplishments

The main symptoms of NPD listed in the DSM include an exaggerated sense of self-importance, a sense of entitlement, and a belief that one is "special" and superior to others. This can lead NPD sufferers to exaggerate their own achievements and talents, even if it requires lying. Despite the fact that NPD sufferers often lack empathy (more on that later), they are skilled at reading people and they know what to say in order to appear extremely impressive.

2. They Believe Everyone Else Is Envious Of Them

When people around us act arrogant and overly confident, we often believe it's because they're masking their own insecurity — and this can certainly be the case amongst some individuals. But people with NPD tend to both act overly confident and believe that others are envious of them. According to a recent study published in The Journal of Personality, narcissists are unlikely to feel envious of others — but they genuinely believe that others are jealous of them. Zlatan Krizan, assistant professor of psychology at Iowa State University explains why: "They really buy into their own fantasy... If you think you're the greatest, it makes sense that you wouldn't envy others because everybody is beneath you, so there's nothing to envy."

3. They Take Advantage Of Others

A hallmark symptom of NPD is being "interpersonally exploitative" and using others to get what you want (this character trait makes sensitive people especially vulnerable if they end up in any sort of relationship with a narcissist). Most of us are willing to go above and beyond for loved ones, but narcissists don't return the favor — they take advantage of others in order to obtain everything from admiration to material possessions to professional connections. They expect that you'll consistently go above and beyond for them because — you guessed it — they're so special that they deserve all these favors, without giving anything back in return.

A narcissist's lack of empathy is one of the major reasons it's toxic to be around them. They don't take into consideration the feelings and needs of the people around them; instead, they are more likely to use them for their own personal gain. They don't pay attention to what other people want or need, making it essentially impossible to maintain a healthy relationship with a narcissist.

In a study published by The Personality and Social Psychology Bulletin, it was shown that this lack of empathy is driven by narcissists' entitlement, exploitativeness, and exhibitionism. In the study, narcissists were presented with a variety of scenarios in which the subject was distressed or had been victimized in some way. Researchers found many narcissists lacked empathy even when the scenario was relatively severe (i.e., the subject was overwhelmed with depression or had experienced domestic violence).

The study also found something encouraging for those who treat or interact with those who have NPD: when study subjects were instructed to take on the perspective of a person being hurt, low narcissists were unaffected (because they believed they were already doing so), while high narcissists felt higher empathy after this instruction. "If we encourage narcissists to consider the situation from their teammate or friend's point of view, they are likely to respond in a much more considerate or sympathetic way," Dr. Erica Hepper explained to the Society for Personality and Social Psychology.

Narcissists are "highly reactive to criticism." They may be extremely critical of others (especially when it elevates them), but any criticism or perceived criticism is enough to send them into a spiral of anger and defensiveness. According to Psychology Today, it doesn't matter if the criticism is constructive or destructive — they can't handle it in either situation because it threatens their sense of superiority. They block out things that challenge their view of themselves as exceptional in every possible way. So, if someone flies off the handle if you point out even a minor mistake or offer constructive feedback, it's a a red flag.

Psychology Today also notes that, "[a]t the same time, these disturbed individuals demonstrate an abnormally developed capacity to criticize others." There's not one consensus on why they do this — on the one hand, some have speculated that it's because they're really insecure deep down and they criticize in order to feel better about themselves. However, going back to Krizan's point about envy, this criticism of others is likely because they do genuinely believe they are superior to everyone else and therefore have the right to criticize those who they think are "beneath them."

What Can You Do?

According to the Mayo Clinic's website, very few people with NPD recognize that they have a personality disorder and seek treatment — "doing so wouldn't fit with your self-image of power and perfection." Rather, most people in NPD treatment end up there after seeking help for depression or another issue. So if there's a person afflicted with NPD in your life, they may not necessarily be open to hearing that you think they may suffer from the disorder. But treatment does exist, and can help —psychotherapy can help people with NPD learn to better maintain personal relationships with others, regulate their emotions, and learn to tolerate criticism.

More like this
This Psychological Effect Might Be Keeping You From Hitting Your Goals
By Lexi Inks
Wondermind Just Launched A Site That's All About Supporting Mental Health
By Carolyn Steber
The Spiritual Meaning Of Angel Number 000, Explained
By Kristine Fellizar
21 Signs You're Not In Love Anymore
By Sara Altschule, Kathleen Ferraro and Carolyn Steber
Get Even More From Bustle — Sign Up For The Newsletter