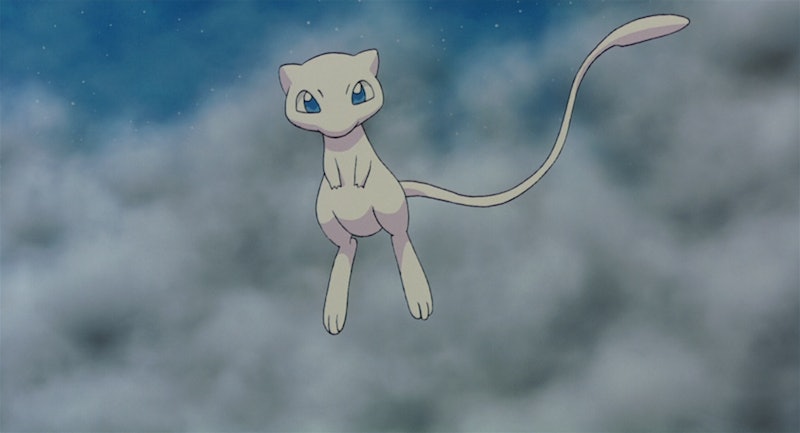 "Pokemon Go" is the undisputed hottest game of the summer, taking everyone's phones by storm. I have to admit, though, I've caught more Geodudes and Ekans in my every day life than I really need and I may need to spice it up a bit. If you're in the same situation, you too will need to know where to find rare Pokemon in "Pokemon Go" to diversify your collection. According to Forbes, your luck at finding Pokemon in the wild is dependent on your trainer level, which you can raise by walking around, stopping at every PokeStop you can get to, and hatching eggs (with the app open, of course).

Some of the rarest of the rare Pokemon include Mew, Articuno, Moltres, Zapdos, and Ditto, according to Big Fish Games, but they have yet to make an appearance in the game. As for findable rare Pokemon, they change from location to location, says Big Fish Games, — and where I am, Geodude is not rare, it seems. Time of day and type of location seem to have an affect on what types of critters you can catch in your Pokeball — for example, water-based Pokemon like to hang around water, and ghost-type Pokemon like to hang out at cemeteries (naturally).

But merely walking around isn't enough. Here's what else you can do to catch 'em all.

One of the most appealing (and addicting) thing about "Pokemon Go" is that it's a challenging strategy game that uses real-life surroundings, so Big Fish Games suggests you tackle it like you would in real life: Get familiar with what the rare Pokemon are in your area and get to know that their shapes are, so you can spot it right away in the "Nearby" box.

Outside of the game and on the internet, many "Pokemon Go" enthusiasts have gathered to contribute their sightings of Pokemon to several crowdsourced reference maps, according to PC World. For all locations, the PokeCrew map and Pokemappr show the Pokemon to find in your specific location. There are also several fan-created maps for certain locations. PC World also reports that there are several Pokemon map apps for iOS and Android now available.

Cheating or just a good strategy to finally catch a Vaporeon? You make the call.

Have you noticed all that pink confetti at PokeStops recently and wondered, "Is it a party?" Well, it kind of is. That one is specifically the Lure Module, which can be set up at PokeStops to, well, lure the little monsters — and maybe new "Pokemon Go" playing friends — to the location for 30 minutes. It's a lot more effective than the other power up I've used: Incense, which is also supposed to bring the Pokemon to your exact location for 30 minutes, but personally, I've only had one or two show up.

Polygon suggests using "Ingress" to help your hunt for Pokemon. Niantic Labs is the creator of both "Pokemon Go," and "Ingress," an augmented reality science fiction game that looks nothing like "Pokemon Go," but seems to share the same hotspots as the wildly popular game. According to Polygon, "Ingress" will show areas with white spots on the map — and those allegedly correspond to where you can find rarer Pokemon in "Pokemon Go."

Go Where The People Are

You've been hearing the stories. People swarmed Central Park in NYC to catch a Vaporeon, reported Vulture, and a suburb called Rhodes in Sydney, Australia, has become hopping with crowds of 1,000 every night due to all of its PokeStops, according to BuzzFeed. So more than anything, listen to your fellow "Pokemon Go" fans — they know where it's at.

Experience as a trainer is important in "Pokemon Go," so just keep playing the game and catch all your favorites, because it's supposed to be fun. Most of all, remember it's a game, have fun, and look up from your phone once in awhile.

Now, excuse me, I need to go find a Pikachu.