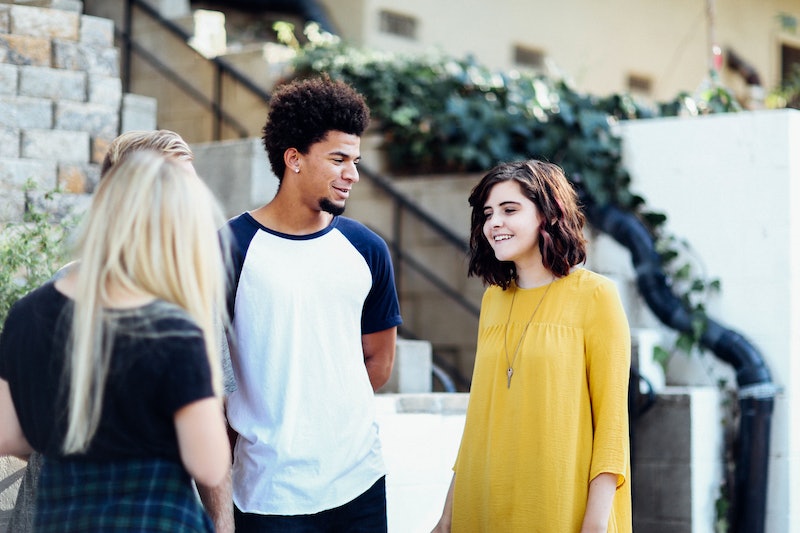 Knowledge is power. There's a reason why dictators around the world have used censorship to keep their populations uneducated and in the dark. Abstinence-only sex ed in schools functions the same way as censorship does in a dictatorship. Without access to knowledge about reproduction and sexual health, young people can be easily manipulated in dangerous ways and can make uninformed decisions that can affect their physical and mental wellbeing for the rest of their lives. If this sounds intense, it's because facing STIs, consent, and sexuality without early guidance is pretty serious.

Countless studies, scientists, doctors, and psychologists all agree on the simple fact that abstinence-only sex ed just doesn't work. This week, the American Academy of Pediatrics released a report, which in no uncertain terms told doctors it's their duty to spread the gospel of sex to their young patients. Or, you know, at least broach the subject — particularly in communities that don't have adequate sex ed. And those communities are everywhere across the United States.

“This is the mothership telling pediatricians that talking about sex is part of your charge to keep children and adolescents safe,” Dr. Cora Breuner, the report's lead author, told The Guardian.

Here are five important stats from the AAP's report on sexual education for children:

Sorry. Teenage hormones are just too damn powerful. According to one study cited in the report, 88 percent of those who took an abstinence-until-marriage pledge as part of their sex ed ended up initiating sex before marriage. No surprise there!

Parental sex talks are positively correlated with an increased use of contraception and condoms. However, it's not just any sex talk, because parents who have received some level of training on the subject are more likely to have an impact on their child's sexual behavior and health than those who haven't. Interestingly, these duties tend to fall on mothers, the report found.

3. The Federal Government Has Funded Abstinence-Only Sex Ed For Years

According to the report, one of three adolescent patients fail to receive any information on sex from their pediatricians, and if they do, the conversation lasts less than 40 seconds. Given the poor states of sex education in schools, changing this statistic could be the one thing preventing a young person from contracting an STI or having an unplanned pregnancy.

5. Sex Ed Is Much More Than Anatomy

With their latest report, the American Academy of Pediatrics isn't saying any sex ed is better than no sex ed. Comprehensive sex ed isn't just "here's your genitalia, have at it," but instead should include: "healthy sexual development, gender identity, interpersonal relationships, affection, sexual development, intimacy, and body image for all adolescents, including adolescents with disabilities, chronic health conditions, and other special needs."

It will likely be a while before all those targets are hit, but in the meantime, it doesn't hurt that this body of doctors is pressing their peers to pick up the slack where parents and schools leave off.