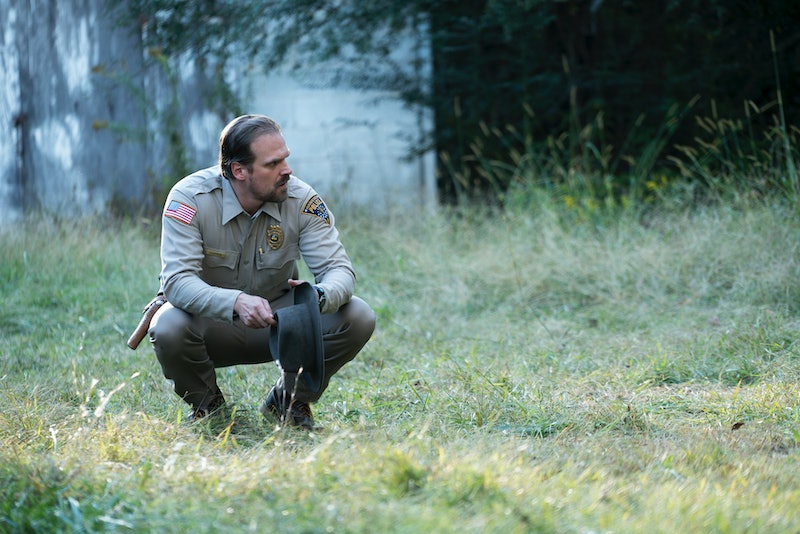 Without necessarily being a fan, most of us are familiar with the snowy woods of Narnia, the bridge of the Starship Enterprise, and the Yellow Brick Road in the Land of Oz. There are certain fictional places that are recognizable in culture, but Stranger Things on Netflix introduced a dangerous land that isn't quite like anything I've seen before. What is The Upside Down on Stranger Things ? There are spoilers for Stranger Things ahead, so don't cross over if you don't wanna know.

The Upside Down, simply put, appears to be a parallel universe that is habited by a monster. Eleven is the one who gives the alternate dimension the name "The Upside Down," then she and Will both describe it as a place that's comparable to the real world, but somehow off. Dustin compares it to the Vale of Shadows in Dungeons and Dragons . It's not quite like Earth-2 in DC comics (or The Flash on The CW) and not as whimsical as David Bowie's goblin kingdom in Labyrinth. That said, if Stranger Things were to use muppets in Season 2, I would not complain. It also reminds me a bit of the Fire Swamp in The Princess Bride.

The Upside Down is also pretty accessible for a dangerous and magical realm. While Eleven enters it safely using sensory deprivation tanks and her own mind's power, there are several other access points. The monster can pop in and out wherever he pleases. He seems particularly fond of walls and electricity. Will and Barb are taken from in or near the woods. Nancy manages to enter and escape, but then her entryway vanishes. At the laboratory, while Eleven only visited the Upside Down using a pool, there is also just like... a door that Joyce and Hopper use to go get Will and take him back. It's not difficult. Is Hawkins on a Hellmouth? What is going on? In the finale scenes of the series, Will is shown to be still connected to the Upside Down, and Eleven might actually be living there.

So, other than just a spooky place that exists on the edges of our reality, we don't know exactly what The Upside Down and what goes on there. Is it only inhabited by monsters? Has anyone ever been trapped there and survived longer than Will, like some kind of Jumanji situation? If Stranger Things gets a Season 2, I would love to see them flip perspectives and take us into The Upside Down for more than just a few brief glimpses. As far as fictional lands go, there is a lot left to be uncovered.