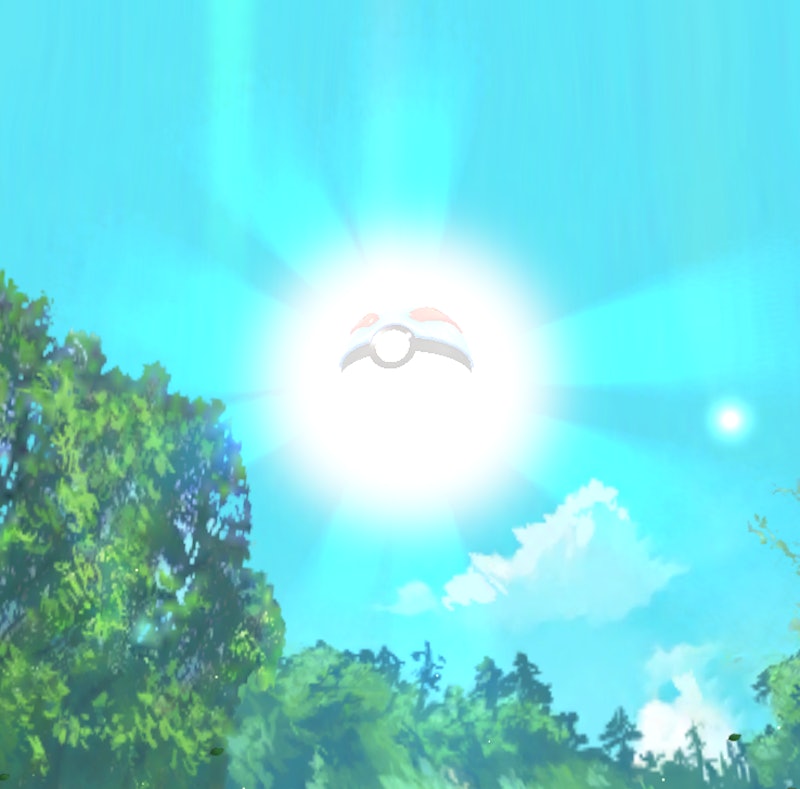 Has playing "Pokemon Go" nonstop for nearly two weeks made you feel a little guilty? Have you been wondering if perhaps there are ways to do good while playing "Pokemon Go" so you can feel a little better about devoting two hours to catching that Charmander? If your conscience is starting to itch every time you load up the super popular augmented reality game — never fear! There are ways to turn this global obsession into a chance to give back, and that hard-earned Charmander into a good deed.

The Nintendo app has garnered over 15 million downloads since July 6, and is on over 10 percent of Android phones (reliable stats for iOS devices are not yet available). It seems everywhere we look people are on the streets, eyes glued to their screen as they swipe to catch an Onyx. The app has done wonders for people with depression and anxiety, and there are still more untapped ways that the game can be used to benefit the community.

Whether or not the unprecedented success of the game is sustainable has been hotly debated, but it's high time we use all that lovely nostalgia to make a difference! What if instead of worrying about how to save battery while playing "Pokemon Go," we think of how to save lives? Well... I don't think we can take it that far, but who knows? Before logging in, check out these easy ways to use "Pokemon Go" to do good deeds and start making a difference:

Dropping a "lure module" in "Pokemon Go" attracts Pokemon to a Pokestop for 30 minutes. These handy tools have one unintended consequence — they attract fellow players as well. Small businesses have already figured out how to use the lure modules to attract a crowd and boost sales, but they can boost donations as well!

As you may have already noticed, a large percentage of the designated Pokestops are churches. Many of these institutions also run soup kitchens at least once a week, and by dropping a lure on the day they serve hot meals, you may inspire fellow Pokemon Trainers to volunteer. Local Food Banks, or donation centers near local landmarks are also excellent targets for your lures. Using "Pokemon Go" to improve the visibility of these organizations is a great way to give back (and each lure only costs 99 cents at the Pokestore). You could even hatch an egg while walking to drop off some clothing donations — so it's win-win for everybody.

The American Red Cross recently reported a shortage of blood donations in the US, and on July 5 they issued an emergency call for blood and palette donations. The Red Cross and blood banks are hospitals' primary providers, and these organizations are counted on to replenish the country's supply. The Red Cross reports that this summer blood is being distributed to hospitals faster than it is being replaced. A shortage such as this is fairly common due to vacation plans interrupting donations and the fact that school is not in session (which is where many blood drives are held).

Try dropping a lure next time a there is a blood drive held in your area, or near a blood bank. You can still "catch 'em all" while donating (and after you get free juice!).

A few gamers are encouraging people to leave lures outside children's hospitals in order to brighten the patients' days.

Of course, catching a Pokemon is a great way to cheer someone up, but before dropping a lure at a hospital, be sure that the hospital is OK with it. Some hospitals, though they appreciate the good intentions, have patients that are too sick to play. They worry that not being able to catch the Pokemon outside the ward might put more stress on the patients and leave them disappointed. Check with the staff to see if they can suggest a good to place to drop a lure (cafeteria, waiting room) and make someone happy.

Want to spend time with a Growlithe IRL? One hip Indiana animal shelter is using "Pokemon Go" to draw in new volunteers, encouraging players to put all that walking to good use. Shelter dogs need to be walked, but if the shelter has too many occupants and not enough staff, it is difficult to give each dog the time outside that it deserves. Volunteer to walk an adorable dog at a local animal shelter and feel good about hatching that 10k egg! Check out volunteer opportunities here.

Tumblr user Dratinimartini recently posted a great tip for "Pokemon Go" players looking to do good: sign up for a local 5k or 10k charity walk. Dratinimartini writes, "These usually take place in parks and large cities, so not only will you be getting in some serious egg-hatching but you’ll also be likely to pass by some pokestops or gyms along the way :) All of this on top of supporting the good cause of your choice." Dratinimartini points out that traffic will be blocked for the event, so you can finally safely go after that illusive Persian. Check out this list of fundraising walks to find an event near you!

Stop into a local cafe, bookstore, or restaurant and drop a lure. What could be better than supporting a local business while catching Pokemon in some lovely air conditioning!

7. Using A Donation App While Walking

The donation app Charity Miles encourages you to "move with purpose," and no, not just to find that Fearow. The app will donate money from corporate sponsors to the charity of your choice for every mile you walk. The donations are capped at a certain amount, but if you're playing everyday, you might as well make a difference.

More like this
The Real Reason Your Instagram Story Viewers Show Up In That Order
By Emma Carey
Behind The Hilarity Of The "POV: You Walk Into My Room" TikTok Trend
By Lexi Inks
Why TikTok Is Flooded With Controversial Videos About "Pick Me Girls"
By Courtney Young
The 5 Best Cat Trackers
By Megan Gray
Get Even More From Bustle — Sign Up For The Newsletter