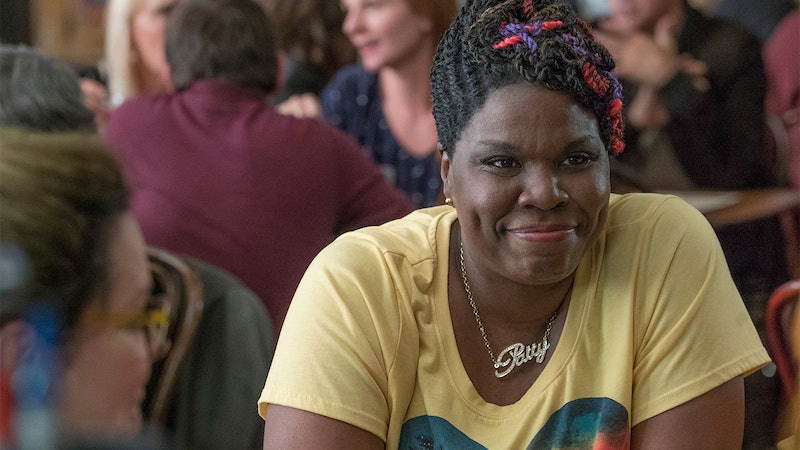 Social media can do wonderful things — it can connect you with distant friends, raise awareness for serious issues, and spread positivity. Of course, anyone who has scrolled through the comments on a celebrity's tweet knows that there is a dark side to social media. One person who knows that better than anyone is Leslie Jones, the star of Ghostbusters and all-around funny lady. Jones, who is currently a cast member on Saturday Night Live, has her own Showtime comedy special Problem Child, and has appeared in box office successes like Trainwreck and Top Five, is the last person who should be worrying about what the haters think — her kickass career should keep her busy enough. Still, that doesn't mean that Jones can't fight the Twitter trolls in her own way — and today, she's doing it by exposing them for the gross human beings they are.

Though many celebrities receive hate via social media, the brand of venom that Twitter trolls are hurling at Jones is particularly vicious, not to mention flat-out racist. No one would fault Jones for ignoring the trolls, or taking it a step further and blocking them from having any potential contact. That's not what Jones is doing, however — today, she's retweeting her haters so that the world can see the stuff that they spew at a total stranger, for no reason other than that they can.

There are a few points that Jones is making with her retweeting of these hateful messages. The first is to bring attention to the people who are attacking her online — all too often, these trolls hide behind their computers, assuming that no one but the intended recipient can see or would care about their messages. The second is to show Twitter what kind of users are sending these awful messages. Most, if not all, of these hateful accounts are in breach of Twitter's anti-harassment policy, and therefore should be booted from the site. As anyone who has had to deal with cyberbullies knows, that can be something that is much easier said than done.

It's particularly distressing seeing Jones mocked as a "gorilla" in these tweets, as that's a horrible, racist trope that has plagued the black community for years. There's no doubt that Jones knows this, and wants to expose the racism that still exists on social media.

I'm so sad that Jones has to deal with the idiotic, racist, and hurtful comments from Twitter users who likely can't deal with the fact that a black woman is thriving despite their attempts at cutting her down. I only hope that exposing these trolls for who they really are reminds everyone to be a little bit kinder online, and everywhere else.