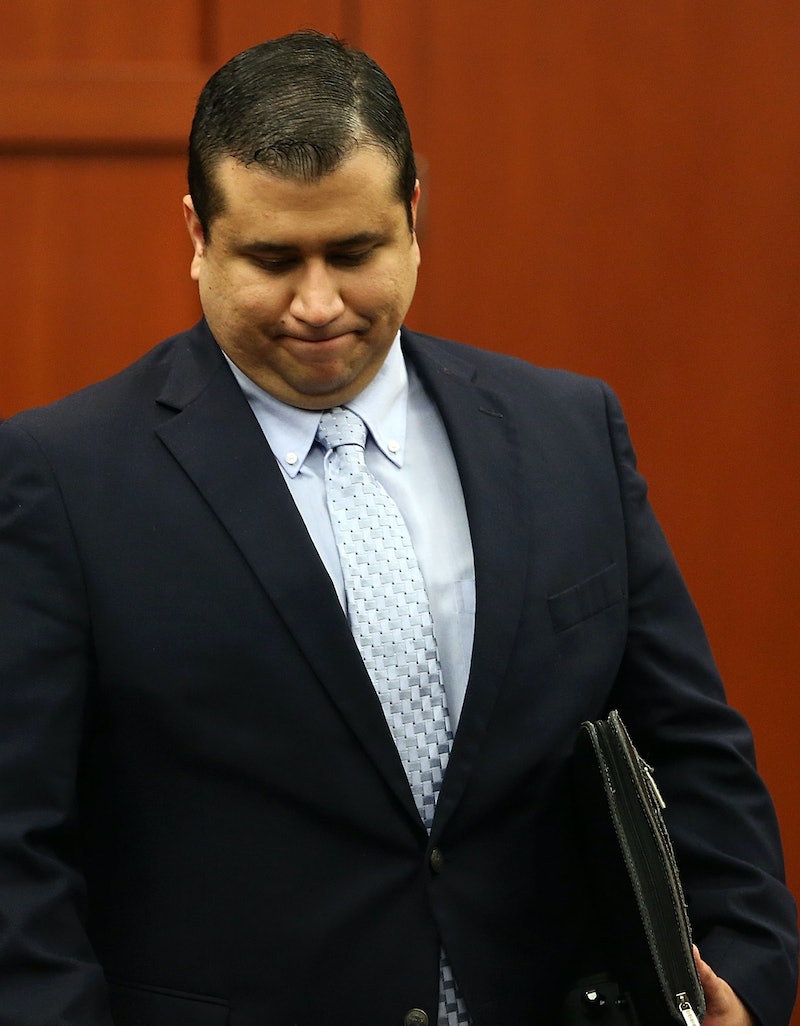 After two days of deliberation, George Zimmerman — the Florida man who was accused of murdering Trayvon Martin — has been found not guilty of second-degree murder and manslaughter.

On Saturday, members of the jury acquitted Zimmerman, claiming the defendant was justified to use force that was "necessary to prevent imminent death or great bodily harm" against Martin, a 17-year-old student who was killed after walking into Zimmerman's community.

Zimmerman, 29, who served as his community's neighborhood watch coordinator, was facing second-degree murder charges for the death of Martin, who he claimed he shot in February 2012 in self-defense.

Martin's death kicked off a heavy racial debate across the nation, with many siding with Zimmerman — who claimed he was working within the limits of Florida's "stand-your-ground" law — and others claiming that the Latino defendant killed the African-American teen for prejudiced reasons. At first, Zimmerman was not charged in Martin's death, but protests eventually led to Zimmerman being charged in April.

The verdict arrived after a five-week trial, and was decided by an all-woman jury.

More like this
Joe Lycett Just Took HIs David Beckham Qatar Protest To A Whole New Level
By Sophie McEvoy
Footballer Jake Daniels Shared His Thoughts On A World Cup Boycott
By Sam Ramsden
Iran Has Issued A Death Sentence Over Mahsa Amini Protests
By Catharina Cheung, Darshita Goyal and Maxine Harrison
Steve Banerjee's Wife Irene Sold The Chippendales Brand Prior To Her Death
By Brad Witter
Get Even More From Bustle — Sign Up For The Newsletter