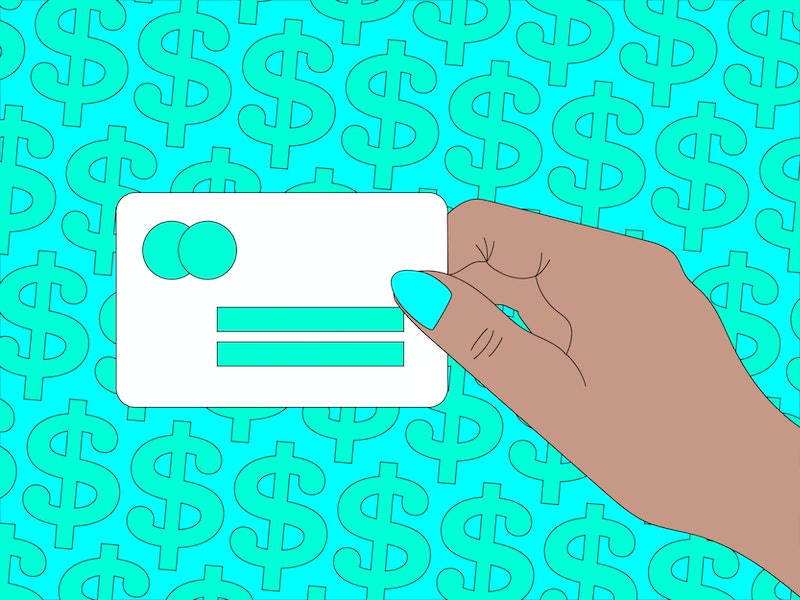 When you're checking out at a cash register, ready to pay for your purchase, what do you tend to reach for: Cash or card? My money's on a card, because it's so dang easy. Many of us don't even carry money on us anymore. But a new study has determined one strange reason to pay with cash instead of a card: It's more satisfying. I know, I know — weird, right? But apparently it's true. Who knew?

After Professor Avni M. Shah with the University of Toronto Scarborough noticed that she enjoyed the taste of a latte more when she purchased it with cash than when she had previously purchased it with a card, she decided to look into the idea further. To determine if paying with cash consistently makes for a better experience, she worked with two groups of people: One group used credit cards to purchase $2 mugs (originally priced at $6.95), while the other group purchased them with cash. Then she tried to buy the mugs back, and the new owners got to name the price. The people who had bought them with cash asked for a price that was double those who bought them with a credit card. Some who had purchased with cash wouldn't sell them at all — and actually reported feeling more emotionally attached to the mug!

According to Shah, it largely comes down to the feelings we experience when we physically, literally part with our money. It's more personal than swiping a card. You're actually watching your money go toward something — whether it's a mug or a charity. It makes sense that you'd become more attached to what your hard-earned money was going toward.

This isn't the first time cash and cards have been compared. Many of us have noted yet another difference: When you pay with cash, you tend to spend less. This is for a couple reasons. One reason goes along with what Shah explained: When you hand over actual bills, there's more emotional involvement than using a card. You're better able to monitor your cash flow. A second reason is that it creates a budget. If you have $10 on you, and you'll only pay in cash, once that $10 is gone, you're done. With a card, the limits are much, much higher.

Although there are reasons that it sometimes makes sense to pay with a card — cash back rewards, more money immediately available, convenience, etc. — it looks like there are also some positives to paying with cash. It's not just good for the wallet... It could actually make you feel better!