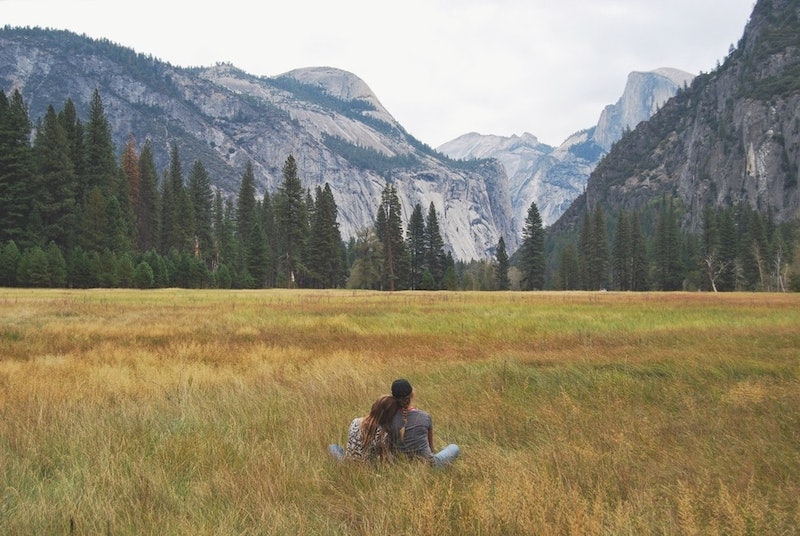 You’ve been dating your SO for quite some time, and things are comfortable. However, for some reason it just doesn’t seem right. Many times we settle in relationships due to that comfort level, even when we know the partnership is wrong. There are signs you’re settling in your relationship that can be helpful in allowing you to determine whether you are one of many out there who is staying in a relationship for the wrong reasons — and not because you’re genuinely right for one another.

As I’m approaching 30, I’ve noticed many of my friends and relatives around my same age are at a point where they have begun to settle with partners they know are not their ideal match. My best guess would be that a lot of it has to do with age and the idea that starting over at this point would be daunting. “We’re comfortable. Why not stay with him at this point?” a friend recently said to me regarding her boyfriend. When I look at them together I almost see the opposite of love in their eyes, yet they continue to power through. Likely I presume they are settling with one another rather than having to risk separating and not finding someone else with whom to spend their life that they’re more compatible with. My take on this: The risk is well worth it. There’s a long, beautiful life ahead — why not share it with the right person for you? If you’re questioning whether you’re guilty of staying with the wrong person, here are 13 signs you’re settling in your relationship.

Are you more unhappy than happy in your current relationship? This could be a major red flag that you’re settling for something subpar, according to POPSUGAR. The outlet noted the overall level of happiness is a huge indicator to if you and your SO should be together or not. If you’re arguing over the same issue, perhaps it’s as simple as communicating openly about that topic. However, if you and/or your partner are generally unhappy about a wide range of aspects in your relationship, it might be time to really consider whether you’re truly right for one another.

2. You Feel Like You Need To Be Someone You’re Not

If you’re feeling like you need to change a lot about your core self in order to be the person your SO wants you to be, perhaps you guys are simply in a partnership with the wrong person. According to the Huffington Post, this means changes to the major things about yourself, like your values and dreams. The opposite is true as well — if you want to change these core aspects of your partner, it’s possible you’d be a better fit with someone else.

3. He Or She Doesn’t Care How Others Treat You

Ugh. This point makes me cringe. Personally, when I’m in a relationship I love having someone who will defend my honor and not allow people to treat me badly, and likewise I will do the same for my partner. Oppositely, according to Marie Claire, if a partner does not seem to care how others treat you it could be a sign that you can do a lot better.

4. It Feels That Your Eye Is Always Wandering

Sure, you love your SO, but at the same time you find that your eye is always wandering — beyond what is normal or average for you. TheBolde.com noted you might take this as a sign that you might not be with the right one for you. It’s as if you’re always subconsciously on the hunt for something better.

Stop and really consider how it is that you speak about your relationship. Are the words you’re texting your friends or saying to your coworkers about your partner mostly complaints? According to Oprah, if you’re much more likely to complain than appreciate, it could very well mean you’re settling.

A little bit of jealously here and there isn’t the worst thing ever, but if jealousy seems to have taken over your relationship yet you’re staying… you might very well be settling. I spoke to licensed clinical psychologist Kim Chronister, PsyD via email about jealousy to get some more insight into how it plays into relationships. “Jealousy, like any other negative emotion, can severely damage a relationship if taken too far,” Chronister explains. “Jealousy can lead to feelings of rage and humiliation. It can cause unnecessary conflict which can wreak havoc on a relationship.”

How can you tell, though, if the jealousy has gone too far, and it’s reached the point where this might be a relationship you need out of. Chronister says, “The way to tell if jealousy is being taken to far is to analyze whether or not the feelings of jealousy are causing maladaptive behaviors such as excessive criticism toward a partner, yelling at a partner, stalking a partner, guilting a partner for spending time with friends, or excessively tracking a partner's every move by phone or GPS.”

7. All You Can Think About Is Securing Some Alone Time

Whenever you’re with your partner, you find yourself daydreaming about the time you’ll get to spend without your partner . Dating site eHarmony.com referred to this as another sign you’re settling in your relationship. No, not every second will always be filled with excitement and lust between you and your SO, but it might be concerning if you’re regularly feeling bummed about being around them versus enthusiastic in the least.

8. He Or She Is Always Criticizing You

For those readers out there who feel their partner is constantly criticizing them, it doesn’t have to be this way. In fact, dealing with that ongoing criticism from him or her might mean you’re set yourself up in a relationship you can do way better than. Farrah Gray, celebrity entrepreneur, author, and philanthropist wrote on his website www.FarrahGray.com about some signs you’re in the wrong relationship — and always being criticized by your partner was one of them. Gray wrote, “Good relationships inspire and support. If your mate is comparing you to others, saying your education isn’t as good as his/hers and other kinds of put-downs, this is probably not the person for you.”

9. The Relationship Is Abusive In Any Way

Building on the criticisms point, is your partner abusive in any way — verbally as such, or physically? While these types of relationships prove difficult to get out of at times, according to POPSUGAR they’re ones worth getting out of. When abuse of any kind is present in a relationship, know that you can do far better. While breaking off all contact might not be practical depending on your specific situation, PopSugar.com suggested speaking with someone you trust or seeking counseling to determine how to best get out of the situation.

10. You Feel As Though You’re Trapped

Instead of experiencing bliss that you and your SO are together, somehow you’re regularly feeling a sense of being trapped in the relationship. This is no way to live. According to MindBodyGreen.com, if you feel trapped it might mean this isn’t the person you’re intended to be with. Leaving a relationship might put you out of your comfort zone, but staying could possibly mean a life with the wrong person.

11. The Idea Of Being Single Terrifies You

That comfort zone I just mentioned? Let's be honest, some of us are just more comfortable being in a relationship compared to being single, even if it means staying paired with Mr. or Mrs. Wrong. The relationship experts at YourTango.com suggested thinking closely about whether you’re staying with your partner because you’re scared of being single, and if so, realizing that there could be someone out there who is far better suited for you. It’s not worth settling simply because you’re nervous you won’t find someone else.

12. You’re Scared You Might Not Find Your Soul Mate

On that note — so, maybe you’re slowly coming to terms with the idea of being single, but you’re becoming progressively more and more anxious that you’ll never find your soul mate. As Psychology Today put it, “The possibility of finding true love may be worth the risk of not finding it.” This means if you believe the only reason you’re staying with your current partner is because you’re scared you won’t find a better match, stop playing it safe. Go out there and try to find it (after you’ve ended your current relationship, of course).

Do you think about your relationship with a “blah” feeling, but then the idea of starting over with someone else just seems too daunting? The fact that your mind is thinking this way to begin with is a sign you’re settling. Don’t let that “I don’t feel like starting from scratch” thing deter you from ending a wrong relationship in its tracks right now. According to Cosmopolitan, don’t give up on the idea that someone better suited for you is out there.

If you think you might be someone who is settling in their current relationship, consider if any of the above signs resonate with you. Remember that even if it feels more comfortable to stay with someone who isn’t right for you, it doesn’t mean you should stay and sacrifice the potential of being way happier with the right person.