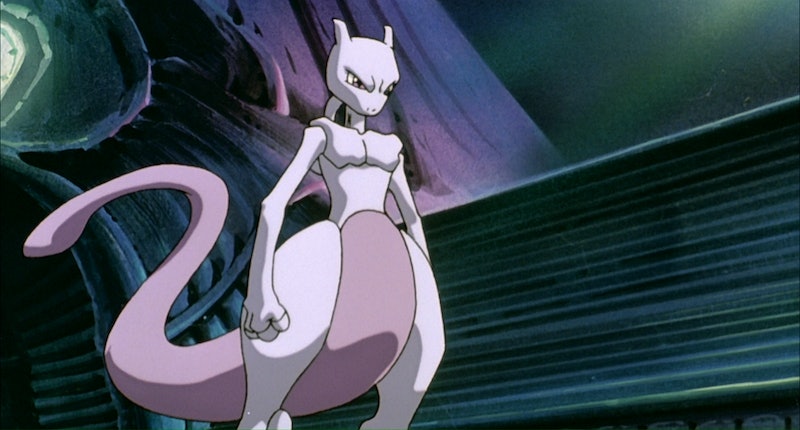 With the popularity of Pokemon Go growing each and every day, some are wondering about the magical and rare Pokemon we grew up admiring. Will they make an appearance in the new game? Can you catch Mewtwo in Pokemon Go, or will it be some rare event you'll have to know about in advance? All these questions are in need of answering, and fortunately for you fellow Pokemon trainers, I looked into it for you.

From the articles I have read and videos that I have watched, there seems to be room in the Pokemon Go universe for rare Pokemon such as Mew, Mewtwo (the genetically altered clone of Mew), and the legendary birds Articuno, Zapdos, and Moltres. These Pokemon are rare, part of the original 151 we grew up watching on TV. While the legendary birds are the mascots for the Pokemon Go player teams, Mew and Mewtwo could potentially be catchable. According to an article on Wired, a Reddit user called _isitin_ looked into the code of Pokemon Go and discovered references to Mew. But before you start rejoicing, there is a catch: Mew doesn't seems to have a base capture rate, meaning that one won't appear in the wild.

What is more likely is that Mew, Mewtwo, and all other legendary Pokemon will be available via special events. The original trailer for the game showed a gathering in Times Square where Mewtwo appears. Pokemon enthusiasts rush to the location and battle him. At first, this seemed like a joke, but after seeing a viral video of people stampeding Central Park for a Vaporeon, this might be a reality. More than likely, the game creators will put on events where you can battle these exclusive Pokemon and have a chance of capturing them.

With the San Diego Comic-Con coming up this week, we can expect to have updates about the game soon. Likely, they will talk about the recent rollouts of the game worldwide, and what to expect from the updates coming up. If we are lucky, news about Mew and other rare Pokemon will also appear. A YouTuber who has amassed millions of views for his Pokemon Go videos predicts some interesting things in his latest release (scroll to the 10-minute mark).

In the video, Ali predicts that only those who have captured all of the available Pokemon will have a chance to participate in the events where they can try to capture the legendary or rare ones. It makes sense that only those who are dedicated to the game would have such a chance, but I personally do not think that they are going to be as exclusive as that. Too many people are using the game for it to get that exclusive.

Here is to hoping that we all get a chance to see the legendary Mewtwo with our own eyes!

More like this
Remember These Ancient Pieces Of '90s Tech?
By Lucia Peters and Emma Carey
The 'Hocus Pocus' Sequel Finally Has A Release Date & It Makes Total Sense
By Shannon Barbour and Radhika Menon
9 Honestly Unbelievable Revelations From The WAGatha Christie Trial
By Frances Stewart
10 Eurovision Moments That Celebrate The Weird & Wonderful Camp Extravaganza
By Sam Ramsden
Get Even More From Bustle — Sign Up For The Newsletter