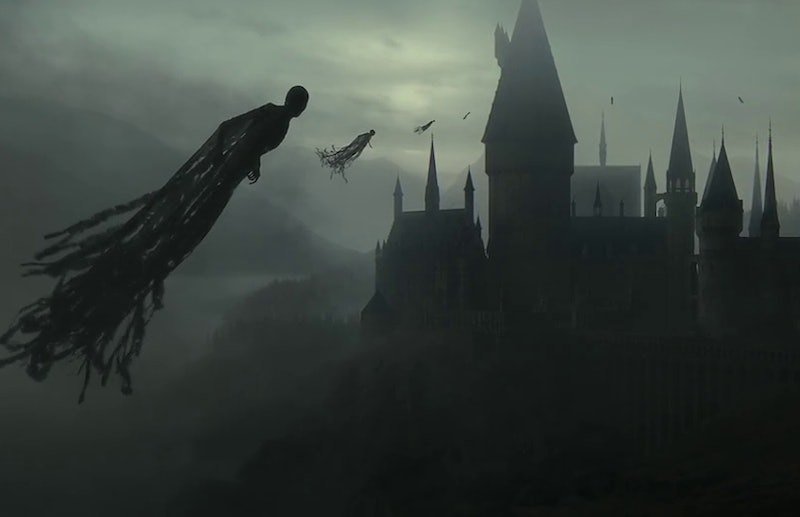 If there’s one thing I love, it’s a creepy literary character from a super creepy book.

Of course, I enjoy reading about extremely good characters who are flawed and relatable yet valorous — after all, a true quest story is often my favorite type of story. But sometimes those characters get exhausting. They always make the right choice! They always sacrifice themselves! They make me feel guilty for sitting in bed and eating an entire pizza when I was supposed to be crossing items off my to-do list!

So that’s when it’s time to take a break from the characters who are great role models, and to read about people who aren’t quite so good. Maybe they’re not all strictly evil, but there’s something ~off~ about these characters. They don’t always do the right thing, and they definitely don’t make choices that you’d make, but they aren't strictly bad. The characters I’m talking about are the Creepy Characters.

You have to admit that sometimes, creepy characters are the ones you remember best. There’s something so intriguing about a mysterious and disturbing character, acting purely on personal motives you sometimes don’t understand. Whether they’re good, evil, or just misunderstood, they’re definitely interesting. Of course, that doesn’t mean you’d want to be them, or even be friends with them — the following are some characters who thoroughly creep me out, which is why I’m more than happy for them to exist only in books.

1. Mrs. Danvers From Rebecca by DuMaurier

One thing can be said for certain about Mrs. Danvers: she is very loyal. Perhaps too loyal.

2. Eric From The Wasp Factory by Iain Banks

At first you may think that narrator Frank is the creepy one in this extremely dark book, but his erratic brother Eric steals the Creepy Crown. Frank describes how Eric used to be less unhinged, and when we finally find out what happened to Eric... well, let's just say I couldn't sleep after reading this book.

3. Willy Wonka from Charlie And The Chocolate Factory by Roald Dahl

He wasn't evil per se, but you have to admit that Willy Wonka was pretty creepy. His factory is shrouded in mystery, and then when he takes children on a tour, they get injured one by one, until Wonka's ulterior motives to find his successor are revealed. Unsettling, to say the least.

Yes, Amy Dunne is probably the creepiest character in Gone Girl. But her obsessive ex-boyfriend Desi deserves a mention as well. He basically traps her in his house, and the book might have gone a different way if Amy hadn't been... well, Amy.

5. Wormtail from The Harry Potter Series by J.K. Rowling

There are several characters in Harry Potter who could compete for a shot at Creepiest Villain. Obviously, Voldemort is up there, but so is the saccharine-yet-totally-evil Dolores Umbridge. However, I was always particularly creeped out by Peter Pettigrew. Someone who would betray his best friends and cut off his own hand in order to help Voldemort rise again? That's the stuff of nightmares.

She just sits there in her wedding dress, being... creepy.

7. Croup and Vandemar from Neverwhere by Neil Gaiman

This line from Neverwhere sums up these characters:

These two disturb me.

8. Jack from Lord Of The Flies by William Golding

This kid was evil, but the truly terrifying thing about him was how quickly a seemingly ordinary boy went crazy after just a small amount of time without civilization.

9. President Snow from The Hunger Games series by Suzanne Collins

He smells like blood and sends disturbing messages with white roses. Oh, and he also makes children kill each other.

10. Miles and Flora from The Turn Of The Screw by Henry James

In this thriller novella, Miles is expelled from boarding school for some mysterious reason. He and his sister, Flora, act wise — and creepy — beyond their years. Their governess is charmed by them at first, but she begins to believe that they know more than they're letting on — especially when it comes to the ghosts haunting their home. I definitely would not sign up to babysit these disturbing kids.

Am I the only one who was really creeped out by this random lady? Who is she, and why is she hushing me??? I have so many questions but no answers.