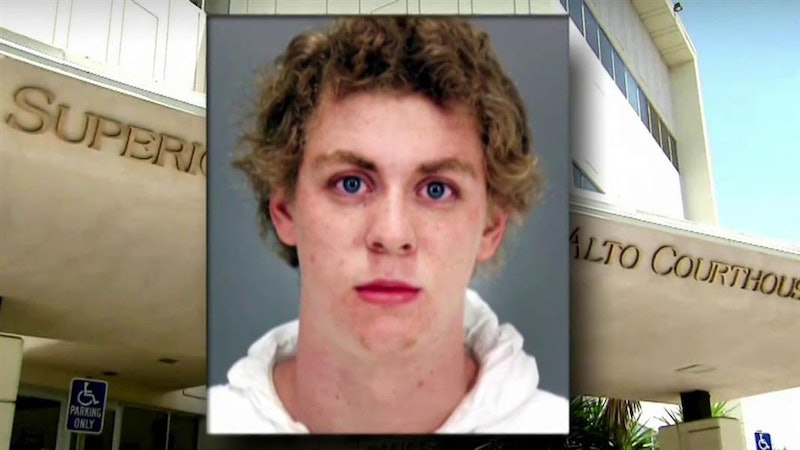 The case of a Stanford University swimmer who was sentenced to just three months' jail time for three felony assault charges captivated the country earlier this summer. Now, the transcripts of the trial, just released Tuesday, may have people up in arms over the details of the case once more. According to the newly-published court documents, Brock Turner's lawyer asked the Stanford victim about drinking during her cross-examination, and never even asked her a question about Turner or the sexual assault.

Below is an excerpt from the transcript, reported by BuzzFeed News, which shows Turner's lawyer questioning and the victim answering.

Q: You also talked about, fairly shortly after you got to the Kappa Alpha house, pretending to welcome people and singing and embarrassing your sister. That’s what you decided to do at that time; right? That was an intentional thing.

A: Intentional to welcome people or to be silly?

Q: Okay. And it would be the same thing when you drank the quantity of vodka in the red cup. You drank it all down at once; right?

Q: Okay. And that was a decision you made; right?

The revealing transcript adds new context to the open letter the woman wrote to Turner, which went viral on BuzzFeed as the attention around the case peaked in June. "To listen to your attorney attempt to paint a picture of me, the face of girls gone wild, as if somehow that would make it so that I had this coming for me," she wrote. She also wrote of an allusion Turner's lawyer made about her supposed sexual promiscuity. "To listen to him say I sounded drunk on the phone because I’m silly and that’s my goofy way of speaking. To point out that in the voicemail, I said I would reward my boyfriend and we all know what I was thinking. I assure you my rewards program is non transferable, especially to any nameless man that approaches me."

Ultimately, the condemnation by Turner's lawyer isn't surprising. Much of Turner's public appeal was focused on college drinking culture and its allegedly destructive consequences, so one could speculate that the legal team would try to distribute that blame as much as possible. However, it doesn't make it even remotely OK for a victim to be blamed for being raped, regardless of the circumstances leading up to it.

As the victim said herself, "It’s like if you were to read an article where a car was hit, and found dented, in a ditch. But maybe the car enjoyed being hit. Maybe the other car didn’t mean to hit it, just bump it up a little bit." The analogy is as incoherent and maddening as Turner's lawyer's questions.

When colleges commence their fall semesters at the end of August or beginning of September, young women enter a kind of war zone — 50 percent of all sexual assaults on college campuses occur between the beginning of the fall semester and Thanksgiving. Although the hype around Turner's case has mostly died down, the country has an important lesson to remember from this trial, and people have to internalize it before a new class of freshman girls steps onto campus, never expecting they will face this horror. There are so many steps which need to be taken to alleviate the epidemic of sexual assault, and the first and easiest one is to stop blaming victims.