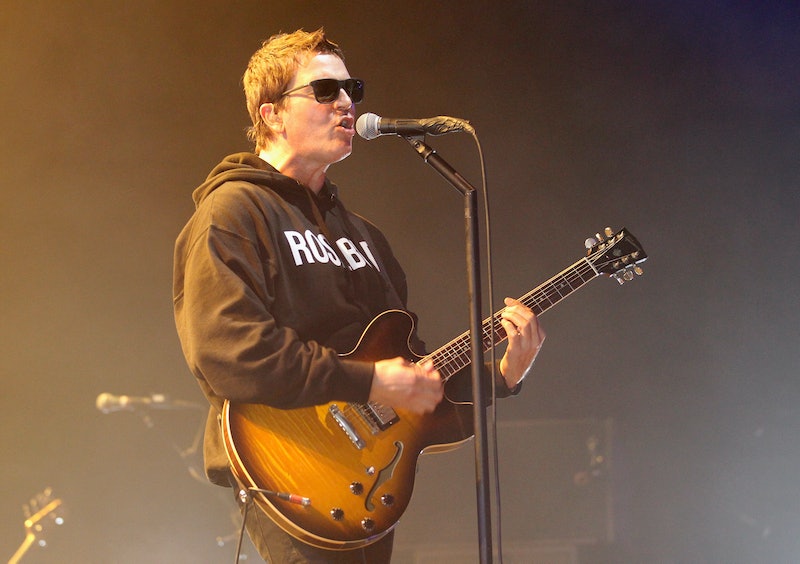 At a Tuesday night charity concert in Cleveland, Third Eye Blind performed at the Rock and Roll Hall of Fame to a sea of GOPers. But the band that rose to fame in the '90s didn't give the kind of performance audience members were hoping for — or at the very least, expecting. Lead singer Stephan Jenkins used the stage for political purposes instead, explaining his refusal to support the Republican party's agendas. A few audience goers uploaded clips to social media that show the mostly Republican crowd booing in disapproval, followed by Jenkins telling them “You can boo all you want, but I’m the motherf*ckin’ artist up here.” To make a short story shorter, Third Eye Blind isn't having any of what the Republican Party is throwing down, and they aren't afraid to make that clear while out on tour. Wait, Third Eye Blind is currently on tour?

This charity concert was just a pit stop, but yes. According to their official website, the band has a ton of shows in the queue throughout this summer, all over California, New York, The United Kingdom, and even Japan. But don't think that every show will be a copy of this one — a troll performance that was clearly meant to stir things up and get people talking. Apparently, the only recognizable song the band played during Tuesday night's set was the 1998 chart topper, "Jumper." It's no coincidence that the band didn't choose their other hit "Never Let Me Go" instead, as, according to Jenkins, "Jumper" is a song about a "guy who jumped off a bridge and killed himself because he was gay."

Before singing, Jenkins told the crowd that he wished the Republican party would be more welcoming of the LGBTQ community, imploring that people like "his cousins" be weaved "into the American fabric" and also adding, "to love this song is to take into your heart the message and to actually have a feeling to arrive and move forward and not live your life in fear and imposing that fear on other people.”

Jenkins continued to taunt the Republican crowd, prompting them to "Raise your hand if you believe in science." The following Tweet sent out by Third Eye Blind's account really says it all:

Update: On Wednesday, the band released the following statement clarifying their performance — and the fact that they have nothing against the Republican party in general.

More like this
Mel C Wants You To Know That Margaret Thatcher Wasn’t A Spice Girl
By Darshita Goyal
Two UK Cities Are Now In The Running To Host Eurovision 2023
By Sam Ramsden and Rachel Mantock
Everything To Know About Taylor Swift’s 10th Studio Album, 'Midnights'
By Grace Wehniainen and Jake Viswanath
Lizzo Twerks While Playing James Madison's 200-Year-Old Crystal Flute Onstage
By Radhika Menon
Get Even More From Bustle — Sign Up For The Newsletter