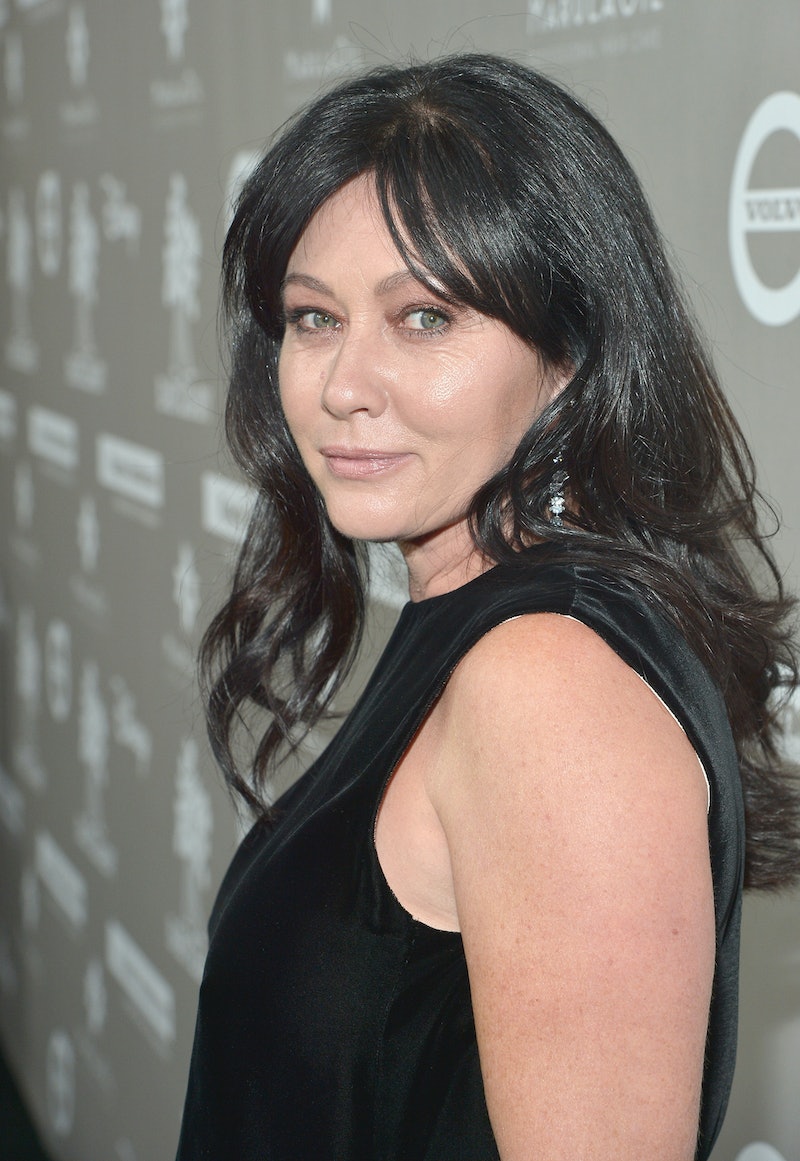 In a bittersweet yet heartwarming display of courage, Shannen Doherty shaved her head amid her battle with breast cancer and documented the entire process on Instagram on Tuesday night, July 19. The actor, best known for her roles in Heathers, Beverly Hills 90210, and Charmed, detailed her haircut in a series of stark, emotional photos on the app, posing with her mother and friend.

In the images, the raven-haired star is seen cuddling with her mother in a particularly heart-wrenching moment. She is also shown cutting her hair while she looks in a mirror, posing with her mom and friend, and smiling after her head is shaved.

It undoubtedly takes a great deal of courage to present yourself so publicly in such difficult moments, and Doherty did it with a smile on her face, letting fans into her intimate journey of battling the disease and the bold change in her appearance. The act of shaving her head alone — something many people choose to do before they lose their hair to chemo — is an act of bravery, one filled with a sense of control of taking back the power from something that has taken so much from you.

In August 2015, Doherty confirmed she was battling breast cancer while suing manager Tanner Mainstain for allegedly failing to pay her health insurance premiums on time. (Mainstain's rep told People that "the claim that Tanner Mainstain caused [Doherty] to be uninsured, prevented her from seeking medical care, or somehow contributed to her cancer is patently false. Tanner Mainstain will aggressively defend all of Ms. Doherty's claims in court.")

"Yes, I have breast cancer, and I am currently undergoing treatment," she told People at the time. "I am continuing to eat right, exercise and stay very positive about my life. I am thankful to my family, friends and doctors for their support and, of course, my fans who have stood by me."

In the lawsuit, it was revealed that Doherty may have to undergo chemotherapy and a mastectomy, according to People.

While Doherty continues to fight the disease, her openness and bravery in battling cancer is incredibly admirable. By using her public platform to boldly document the process — in addition to the entertainment news outlets that have picked this story up, Doherty boasts roughly 275,000 Instagram followers — Doherty has become an inspirational figure and a voice for anyone who is fighting cancer.

While everyone deals with the process differently (and there is certainly no "right" or "wrong" way to go about it), the fact that Doherty has chosen to use her celebrity to candidly detail the difficult moments, the moments that may be shameful and heartbreaking and difficult to share, is something that should certainly be applauded and praised.