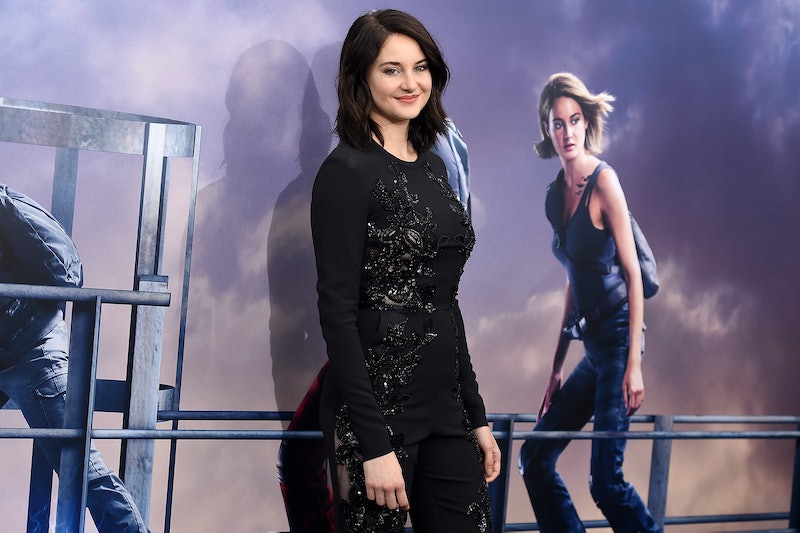 Hang on to your factions, friends, because the third and final Divergent movie is going to look a lot different from the two that came before. Unlike the other two movies in the franchise, according to Variety, The Divergent Series: Ascendent is going to be a television movie with a spin-off series to follow. That’s a pretty big change from what fans were expecting, so I understand if you need to take a minute to process this information. But let me know when you’re back, because there is something else we definitely need to discuss: And that is whether Shailene Woodley will star in the Divergent TV series.

(Update: In an interview with Screen Rant, Woodley stated that she would not appear in the series: "Last I heard they were trying to make it into a television show. I didn’t sign up to be in a television show. Out of respect to the studio and everyone in involved, they may have changed their mind and may be doing something different, but I’m not necessarily interested in doing a television show.")

Done freaking out? Good. Let’s tackle this question head-on, because I know the world might seem really confusing to you right now after hearing this news, and I want to do my best to provide comfort and clear answers.

So, here’s what we know for sure: Right now it does not seems clear which cast members will be returning to star in the television movie, let alone the show. But, Lionsgate did include in their announcement a little information that will help us answer this question about the TV series: The idea, according to Variety, is for the television movie to wrap up the storylines of the current cast and then introduce an entirely new cast who will continue on in the TV series.

In other words: It doesn’t sound like Woodley will star in the Divergent television series. Sorry, folks. But, I guess it’s not impossible to hold out hope that she would make an appearance on the show from time to time, depending on what the storylines are and what her schedule is. Still, I don’t want to get your hopes up. It’s looking pretty unlikely that she will star in the Divergent television series.

The good news, though, is that fans won’t have to wait years in between Divergent movies anymore, or say goodbye to the series once and for all after the third film. Instead, fans of the series will be able to enjoy this futuristic world of factions for (hopefully) seasons to come.

See? There is reason to rejoice after all.

More like this
Here’s Everything Coming To & Leaving Netflix In July
By Grace Wehniainen
Paramount+ Wants To Take Over Your Netflix
By Sophie McEvoy
What’s New On Netflix: The Return Of 'The Umbrella Academy'
By Arya Roshanian
Emma Thompson, Lashana Lynch, & Stephen Graham Lead Netflix’s 'Matilda'
By Sophie McEvoy
Get Even More From Bustle — Sign Up For The Newsletter