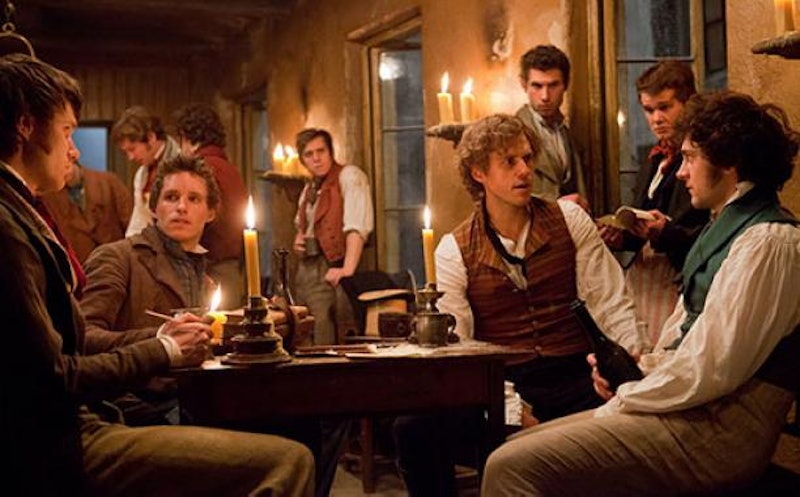 It's time for one day more of Victor Hugo's classic tale. Following the multiple Broadway and theatrical revivals around the world and the 2012 film adaptation, a Les Misérables TV mini-series is heading to television with the help of the Britain's BBC network and The Weinstein Company. The story of Jean Valjean will leave the music behind and focus in on the text of Hugo's original novel in its latest adaptation, and fans can be assured that the classic tale will be given the justice it deserves. However, a television adaptation of Les Misérables also put the story's classic roles up for the taking, and casting possibilities for the Les Misérables TV mini-series are overwhelming.

With singing off the table, the BBC is inviting in an array of talent suitable for a spot in the cast of the book-focused adaptation. From the sound of it, this mini-series, set to span six hours, will be just the dialogue-heavy challenge for the strong dramatic actor. "Les Miserables is a huge iconic title. Most of us are familiar with the musical version which only offers a fragmentary outline of its story," shared BBC Studios' executive producer, Andrew Davies. "I am thrilled to have the opportunity of doing real justice to Victor Hugo at last by adapting his masterpiece in a six hour version for the BBC, with the same team who made War & Peace."

So, who should be cast in the upcoming mini-series? Here are just some of the possibilities for the lead roles now up for the taking.

Les Misérables' main character has to be an actor who can handle the heavy, dramatic content of the story. With impressive roles in shows such as Luther and The Wire under his belt, Idris Elba can certainly handle Valjean's struggle. Other casting choices — who also happen to be British — could include talents such as Tom Hiddleston or Benedict Cumberbatch. The possibilities are just too good.

However, Jean Valjean's character doesn't have much to fight for without a strong counterpart. Possible casting choices for Javert could include the Ireland-born actor Michael Fassbender, Star Wars' Oscar Isaac, or, if they want to go older, Christoph Waltz works perfectly as well. And, honestly, I wouldn't complain with either one of them.

Anne Hathaway took home an Academy Award for her performance as Fantine in the 2012 film, so who could possibly match (or top) or award-winning emotional performance? Well, I've got Lupia Nyong'o on my mind for this one. With her theatrical background and an Academy Award behind her, she can certainly tackle the drama and use this to make a transition into television. Another talent with just as many accolades who could fit the bill as well? Jessica Chastain is yet another perfect shoe-in for the role.

Cosette may have had a hard upbringing, but, in the overall span of the story, she's Jean Valjean's light at the end of the tunnel. That's why a bright young talent such as Elle Fanning could be a possible choice. Other possible options could include War And Peace's Lily James or Brooklyn's Saoirse Ronan.

Personally, I wouldn't mind Eddie Redmayne reprising his role from the 2012 film. However, another choice for the role could be Mr. Robot's Rami Malik. With an ever-growing image and recent Emmy nomination, this could be what really pushes the American actor into a worldwide spotlight. Another plausible option for the role could be American Horror Story's Evan Peters.

Éponine's heartbreaking story is yet another female role in need of an actress who is not afraid to be vulnerable. And, while the 2012 brought out theater actress, Samantha Barks, the BBC mini-series could make the role more suitable for the Emmy-nominated Game of Thrones actress, Emilia Clarke. Meanwhile, another actress who would totally kill this role could be Jane The Virgin's Gina Rodriguez. Who is just about to reveal her dramatic chops with her upcoming role in Deepwater Horizon .

Gavroche may be one of the only child roles in the story, but that only means that it needs a strong child actor behind it. And what better actor for the role than Room's Jacob Tremblay? The soon-to-be 10 years old actor can not only handle dark, adult content, but he is also a star who is definitely on the rise.

No official airing date has been set for the Les Misérables mini-series yet. But, with the casting possibilities still totally up in the air, the anticipation is only beginning. Perhaps we could even see an entire array on brand-new talent on its way.