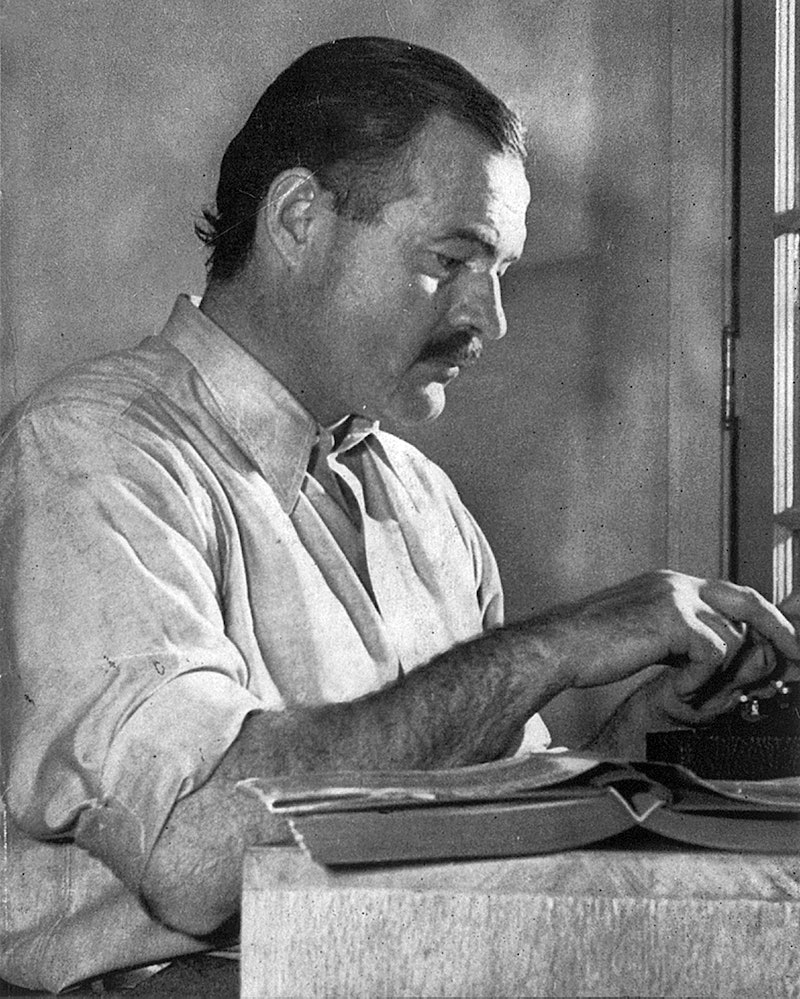 If Ernest Hemingway were alive today, he would have just turned 117 years old. Just think how many more amazing books he could have written if he were still alive. Tragically, Hemingway committed suicide shortly before his 62nd birthday — and so in his absence, the rest of us are going to have to take up his legacy.

That may seem like an impossible burden — Ernest Hemingway is seen by many as one of the greatest American novelists of the 20th century — but Hemingway himself was full of advice for aspiring writers that will assure you anything is possible. He famously advised contemporaries such as F. Scott Fitzgerald on their own writing — and even wrote a whole memoir, A Moveable Feast , about his experiences as a writer. It wasn't something that always came easily to him, but he knew that didn't matter; in With Hemingway by Arnold Samuelson, Hemingway is quoted saying, "It's none of their business that you have to learn how to write. Let them think you were born that way."

So when you've got writer's block, or when you're lying awake obsessing over the state of your work in progress, you know where to turn: Ernest Hemingway has got your back. Here are eight of Hemingway's best writing tips that will help you write the next A Farewell to Arms.

1. "All you have to do is write one true sentence. Write the truest sentence that you know."

3. "I decided that I would write one story about each thing that I knew about."

4. "My training was never to drink after dinner nor before I wrote nor while I was writing."

Some people subscribe to the "write drunk, edit sober" mentality — but Hemingway disagrees!

5. "Never write too much at a time… Never pump yourself dry. Leave a little for the next day... When you’re still going good and you come to an interesting place and you know what’s going to happen next, that’s the time to stop."

6. "Forget your personal tragedy. We are all bitched from the start and you especially have to hurt like hell before you can write seriously. But when you get the damned hurt use it — don’t cheat with it. Be as faithful to it as a scientist — but don’t think anything is of any importance because it happens to you… You’re not a tragic character. Neither am I. All we are is writers and what we should do is write."

- Letters of Note: Correspondence Deserving of a Wider Audience

7. "Write the best story that you can and write it as straight as you can."

And when nothing you try is working, and you feel like throwing the whole manuscript in the sea, remember this:

8. "Do not worry. You have always written before and you will write now."