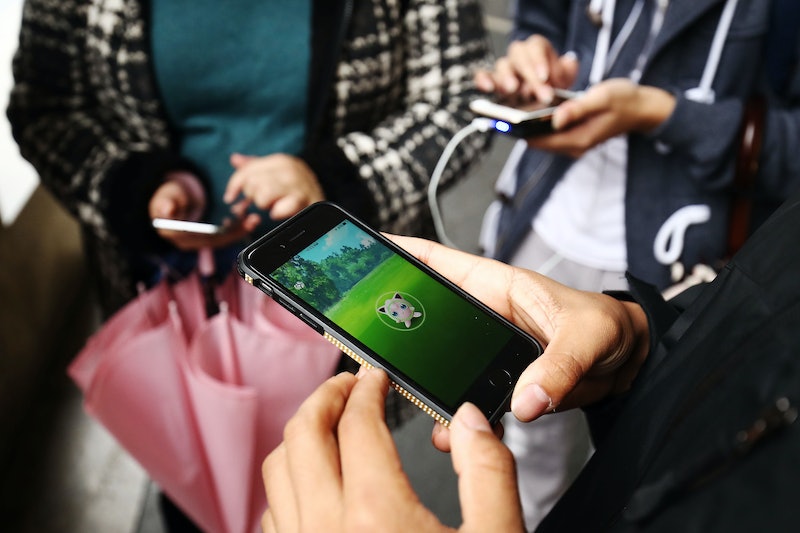 "Pokemon Go," the game that lets your inner child live out their dreams of running around the world of your favorite '90s TV show and video game series, has been out for only a few weeks, but it's already taken the world by storm. And now it's getting a new addition: "Pokemon Go" Plus.

At its most basic, the real difference between "Pokemon Go" and "Pokemon Go" Plus is the fact that the first is a free smartphone app while the second is a wearable that enhances said app — and will also cost you $34.99. Reports vary about when the Plus version will be coming out, but the consensus is that it will be showing up sooner rather than later, hopefully by the end of the month. This means that Pokemon mania is really only just getting started. But then again, given the reports from around the globe, you probably already knew that.

Although the "Pokemon Go" Plus wearable doesn't unlock any radically new options for playing the game, it does fundamentally change the way you go about hunting for Pokemon.

Here are a few ways playing with "Pokemon Go" Plus will be different that simply playing the app all on its own:

1. You Can Play Constantly

"Pokemon Go" Plus is a wearable that can either function as a bracelet or a lapel clip, and it alerts you via vibration and flashing lights if there is a Pokemon or Pokestop nearby. This means that you are pretty much playing constantly, not just when you pull up the app on your phone. So there's no limit to your Pokemon hunting!

2. You're Less Likely to Trip

The other benefit to the fact that you don't have to be watching your phone in order to play is that you're way less likely to run into things in the real world — literally — while playing "Pokemon Go." Because this game should be fun, not dangerous.

Now that you have a wearable, you essentially have Pokemon jewelry — which is not only cool, but makes it even easier to identify and bond with your fellow "Pokemon Go" players. And we all know half the fun of this game is all the fun you can have with all those other Trainers out there.

"Pokemon Go" Plus doesn't just let you know when there's a Pokemon nearby; it also allows you to throw a Pokeball to capture it with the click of a bottom, not requiring you to even get your phone out. But that only applies to Pokemon you've already caught. If it's a new type of Pokemon, you still have to use the app to catch it once before you can use the wearable to catch it again.

5. It Lets You Truly Enjoy The Outdoors

I am half convinced that this whole game is really just an elaborate conspiracy to get adults to play outside again — and I am incredibly on board with it, if so. But viewing the great outdoors through a smartphone screen is still not the best way to appreicate life outside your apartment. But with "Pokemon Go" Plus, you can enjoy your frolicking that much more.

6. It's Not Easier On Your Data and Battery

One way that this won't really save you, though, is by protecting your phone's data usage and battery. Although there's no official information about how much data and battery "Pokemon Go" Plus uses as opposed to the app on its own, the device operates by connecting to your smartphone via Bluetooth — which means that it is still using battery and data. So your data plan woes are, sadly, not automatically solved. Sorry, guys.