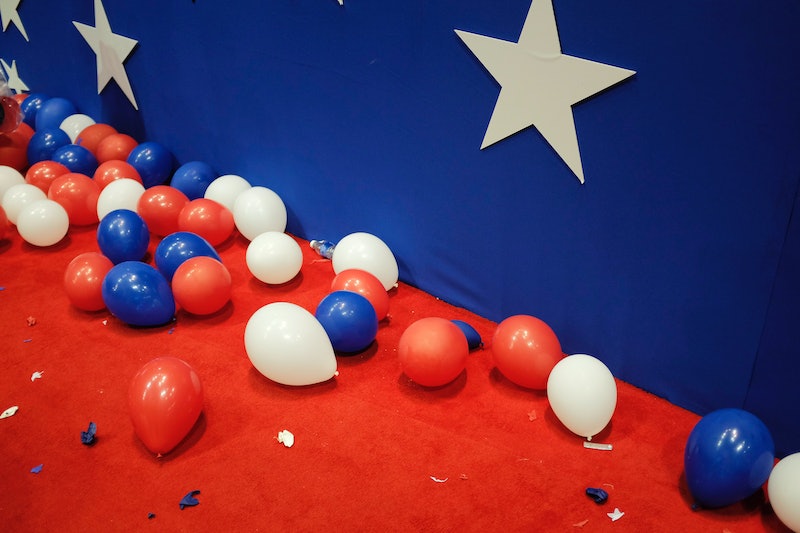 For classic rock fans, few songs are as likely to conjure up intense emotion as "You Can't Always Get What You Want" by rock 'n' roll elder statesmen The Rolling Stones. From the choral opening to the swell of the trumpets and the strum of the guitars, this throwback masterpiece serves not only as one of the best breakup songs ever written, but as a wise meditation on life in general. It's very odd, but very fitting, that this was the song chosen to play as Donald Trump left the stage of the Republican National Convention after his acceptance speech — playing "You Can't Always Get What You Want" at the RNC made a subtle but confusing statement that will be remembered long after the RNC is over.

Given that The Rolling Stones issued a cease-and-desist against Trump for using their music at his rallies, and that Keith Richards once literally pulled a knife on him, it was certainly an interesting choice, made all the more interesting by the fact that the song's message seems either to be bizarrely pointed at Ted Cruz or the American public, or is an amazing example of trolling by whoever worked sound for this year's convention.

I gleaned two messages from Trump's use of this song (which he's apparently used multiple times before, which warranted the Stones' cease-and-desist): One was intentional, aimed at the party and the fence-sitting Republicans watching at home, as if to tell them, "Look, I know you didn't necessarily want me to be your candidate, but 'you just might find, you get what you need.'" It's a Trump-approved message of "fate" and finality, of being resigned to one's future that they have no control over. That lack of control constitutes the second, less intentional message — that we, the people, will not get what we want out of this election, and we definitely, absolutely, will not get what we want from Trump.

Remember 2008? Remember the starry-eyed hope of Barack Obama's campaign? We as a nation reached something akin to that with Bernie Sanders (full disclosure: I never felt the Bern, though I was very much in the cult of Obama in 2008), albeit with much more anger and dissatisfaction with the status quo and less of the rose-colored glasses so many of us wore during the 2008 campaign season. That hope, and the urgency that it was married to with Sanders, is dead. Americans are between a rock and a hard place, and very few of us will get what we want in this election. The RNC reminded us irrevocably of this, and Trump's dystopian speech, peppered by chill-inducing mentions of "law and order," put the final nail in hope's casket.

We can't always get what we want. We try, sometimes, but we've found that we're getting what we deserve.

More like this
What Is Ben Affleck's Net Worth? At 50, The Oscar Winner Makes 8 Figures Per Film
By Meg Walters
Why Eurovision 2023's Host City Won’t Be Revealed For A While Yet
By Sam Ramsden and Rachel Mantock
Megan The Stallion’s “Anxiety” Song Shouts Out Britney Spears & Whitney Houston
By Grace Wehniainen
Megan Thee Stallion Actually Auditioned To Be This 'P-Valley' Main Character
By Radhika Menon
Get Even More From Bustle — Sign Up For The Newsletter