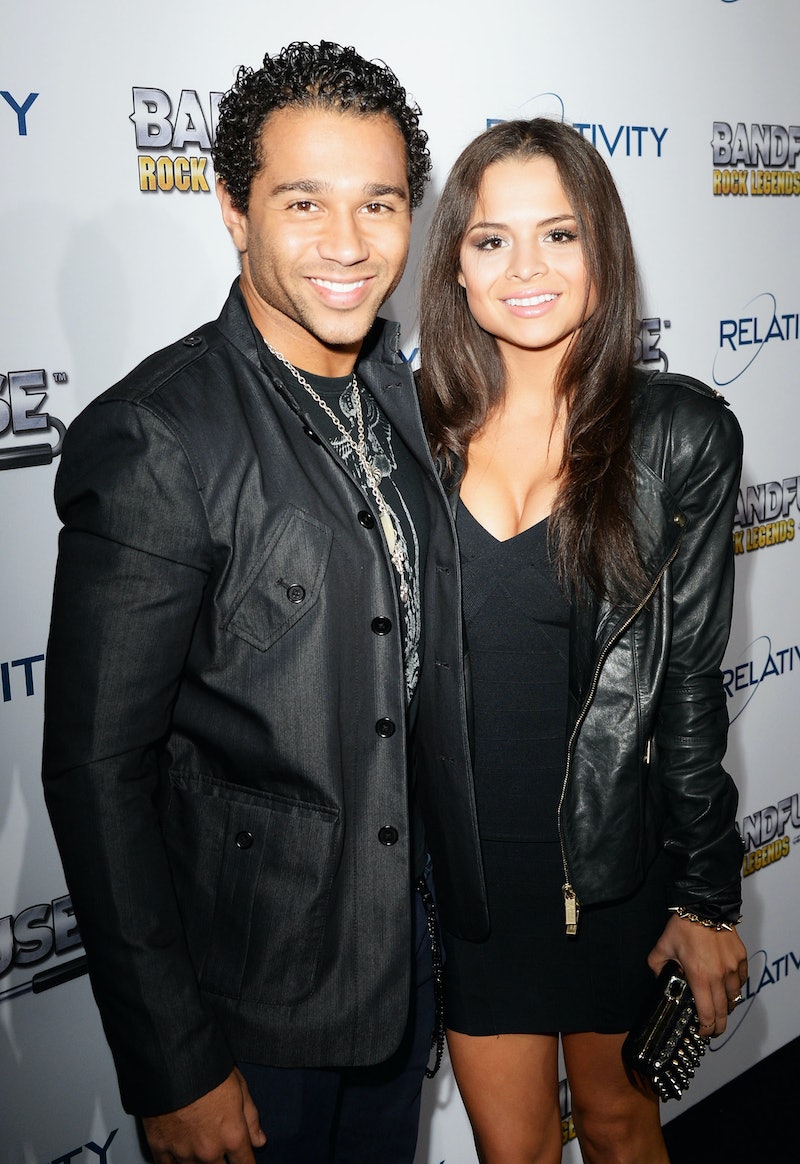 In the lives of many people in their 20s or 30s, there is a long stretch of time when it seems like everybody is getting married. There are countless bridal parties and fancy dresses and cross-country travel, and the craziness can feel a little daunting. It can also feel bittersweet, though, as the changes for your friends may be wonderful, but seeing people your age getting married will likely make you really think about the passage of time — especially when the person getting hitched is someone you'll forever think of as a teenager, like High School Musical 's Corbin Bleu. That's right, Bleu is married now, so you can commence feeling nostalgic and hella old. Really, where does the time go?

According to People, the 27-year-old actor married his 26-year-old longtime girlfriend, Sasha Clements, on Saturday, July 23 at a small wedding in Santa Barbara, California. The couple had been engaged for a year and a half and pretty much define the "happily ever after" scenario. People reported that the actors met IRL, which is already pretty magical for this day in age, at a grocery store in Toronto in 2011 (I'm imagining that they both reached for the same yogurt or something adorable like that). Like Bleu, best known for playing Chad in the HSM franchise, Clements has also acted in Disney content, including the original movie How to Build a Better Boy. So Bleu's proposal to her — with an engagement ring he had placed inside a glass slipper in front of Cinderella's Castle right before the nightly Disney fireworks show — sounds absolutely perfect for the couple.

Speaking about his wedding with People, Bleu had nothing but happy words, saying, "Getting married to Sasha today was the best moment of my life." He went on to describe the whole experience beautifully:

"I have to say my favorite part was the feeling that started in my toes and went all the way to the top of my head when Sasha came through the gate to the entrance of our venue and walked down the aisle. From the flowing veil in the wind as she walked, to the big smile on her face, it suddenly hit me that this stunning woman that was looking at me was going to marry me and make me the happiest man in the world."

It feels like just yesterday that Bleu was dancing and singing along with his High School Musical co-stars about sticking to status quo and getting ready for the night of nights to arrive. But high school and prom night is all in the past for Bleu and Clements, and now they're busy celebrating their more recent achievements. Just look at how their first dance as a married couple was a salsa number choreographed by Bleu's Dancing with the Stars partner Karina Smirnoff — how cute is that?

You may now commence with your "awwwws" and check for those gray hairs. It's hard to believe it's been six years since High School Musical 3: Senior Year, but clearly, everybody's all grown up now.