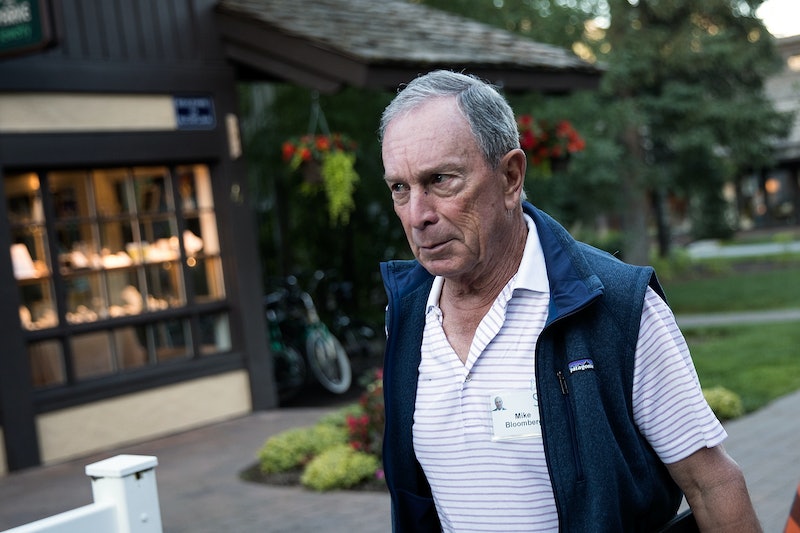 Due to concerns regarding Donald Trump, former Republican Michael Bloomberg will endorse Hillary Clinton, an adviser to the former New York City mayor has said. Bloomberg, who left the Republican Party in 2007 to become an independent, is expected to publicly announce his endorsement of the Democratic nominee in a primetime speech at the party's national convention in Philadelphia this week.

It's not wholly surprising that Bloomberg has decided to openly throw his support behind Clinton. The billionaire was a staunch critic of Trump throughout the primary and ultimately decided against launching his own presidential campaign out of fear a three-way race would hinder any one candidate from garnering a majority of electoral votes enabling the Republican-led Congress to easily put Trump in the White House.

"As the race stands now, with Republicans in charge of both Houses, there is a good chance that my candidacy could lead to the election of Donald Trump or Senator Ted Cruz. That is not a risk I can take in good conscience," Bloomberg wrote in March in a column explaining his reasoning for not running for president. "[Trump] has run the most divisive and demagogic presidential campaign I can remember, preying on people's prejudices and fears... I love our country too much to play a role in electing a candidate who would weaken our unity and darken our future"

Two months later, the businessman and former politician was again highly critical of Trump, implying he felt the real estate mogul didn't have the skills needed to be president while speaking at a SALT hedge fund conference. "Of all the candidates who ran, there were three that I thought had the skills to run the railroad whether you like their policies or not. Bush, Kasich, and Clinton. You may not [have] liked any one of them... but at least they could do what the basic president's job is, which is run the railroad and deal with Congress."

Trump has yet to comment on Bloomberg's decision to endorse Clinton.

Bloomberg will reportedly frame his endorsement of Clinton "from the perspective of a business leader and an independent," Howard Wolfson, a senior adviser to Bloomberg, told the New York Times. "As the nation’s leading independent and a pragmatic business leader, Mike has supported candidates from both sides of the aisle. This week in Philadelphia he will make a strong case that the clear choice in this election is Hillary Clinton."

This isn't the first time Bloomberg has supported a Democratic candidate since bidding adieu to the GOP. He endorsed President Barack Obama in 2012.