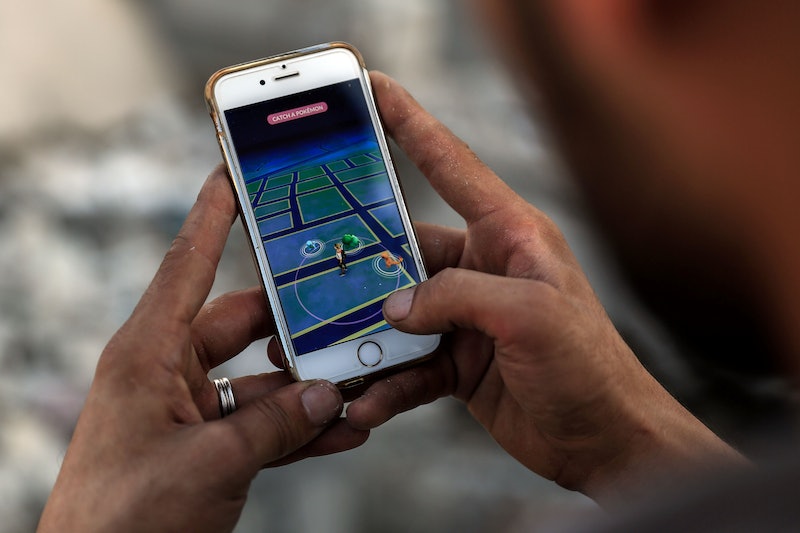 Well, there go my chances of being the very best Pokemon Master that ever was. RIP, childhood dreams... again. Can you win "Pokemon Go"? Not officially, but Brooklynite Nick Johnson has already beaten me, and the rest of the freshly pocket-monster-obsessed "Pokemon Go" players all over the world, to catching all the Pokemon in "Pokemon Go." This is something I find highly impressive, since I've been playing the game every day (if only while walking to and from my apartment on some days), and have still only seen around 60 critters. Johnson, though, claims he has caught or evolved 142. Although there are officially 151 Pokemon in the first generation — that includes Mew and Mewtwo — nine Pokemon aren't available yet, so Johnson is off the hook for those. At least, he is for right now, anyway.

Just an FYI: the legendary Pokemon (Articuno, Moltres, Zapdos, Mew, and Mewtwo) aren't available to anyone yet, although they probably will be at a later date. Four Pokemon are specific to certain regions:

And no one has been able to find Ditto anywhere, although a coder has tried (and failed). So our Mr. Johnson has caught a Tauros, but not a Kangaskhan, Mr. Mime, or Farfetch'd. All right. We can still give him an A++++ for effort, considering everything he did to catch his Pokemon crew.

Here are some of the crazy things he did to be able to nab every Pokemon available:

Daaaamn, Nick. Looks like I have some catching up to do.

More like this
Meet The Disney Imagineer Bringing 'Guardians Of The Galaxy' To Epcot
By Charlie Mock
An Honest Review Of The TikTok-Famous WalkingPad
By Kaitlyn Wylde
Ask Gen Z: Kate Glavan & The "Ugly Hag Stroll"
By Alexis Morillo
What Is “Night Luxe?” Breaking Down TikTok’s New Aesthetic
By Courtney Young
Get Even More From Bustle — Sign Up For The Newsletter