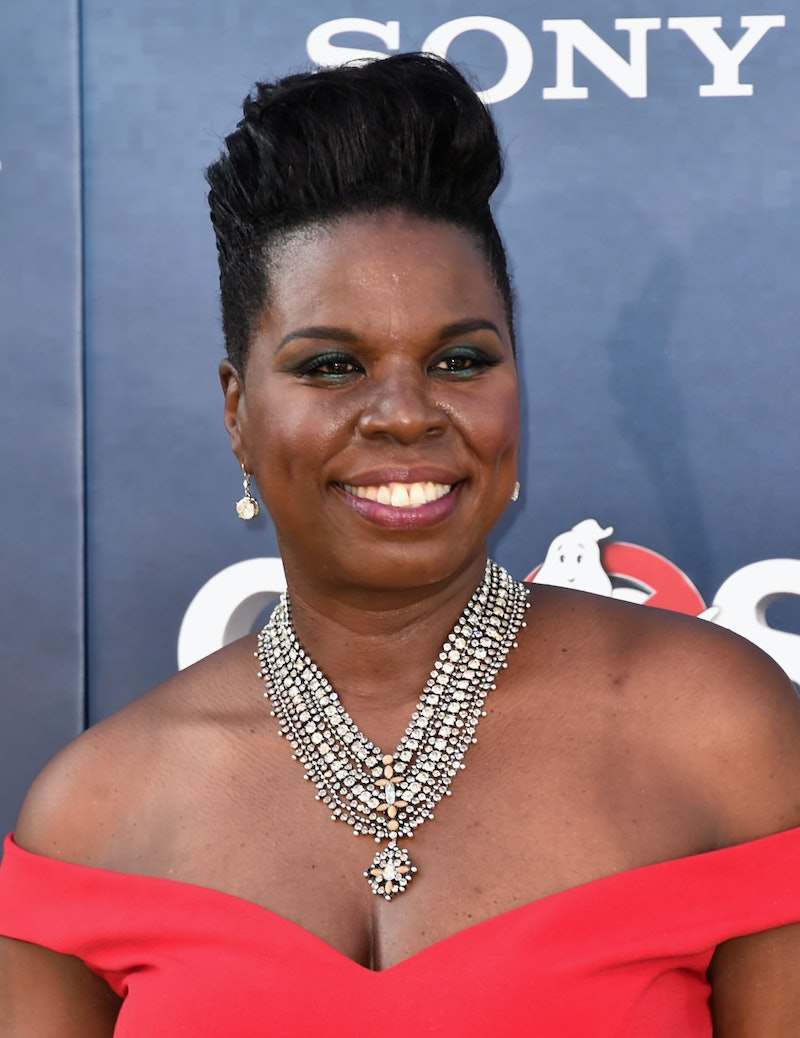 By now, many have probably heard about the disgusting, racist criticism Ghostbusters star Leslie Jones faced on Twitter, and how the harassment got so bad that Jones took some time away from the site. While one of the major culprits was permanently banned from Twitter and many celebrities have shown their support for her, it's clear that the horrific trolling, understandably, had an effect on Jones. On Sunday, the star tweeted her thoughts on the harassment and how she is responding, and her statements demonstrate that despite the support she's gained from fans and Twitter itself, Jones' return to the platform has come with its own share of complications.

On Sunday, Jones wrote that she felt sympathy for the people tweeting hateful things at her, tweeting, "hurting people hurt people." She also described the experience of attempting to respond and fight back against her harassers, describing it as a situation in which you simply "can't win." She ended her discussion by presenting her new plan for responding to these awful haters. "I won't answer the trolls with hate anymore just love," she wrote. "And then block and report they a** lol. Won't do hate anymore."

Jones' new posts highlight the fact that the banning of Milo Yiannopoulos, for instance, and the star's return to the site, in no way means that the harassment has stopped or that the exhausting saga of abuse that began when the cast of Ghostbusters was announced has earned a happy ending. Instead, Jones makes some important points about harassment on social media, acknowledging that there is still a lot of work to be done.

It's admirable that Jones' description of her new tactic of responding with love does not tell others how to respond to harassment. Instead, she describes it as her own personal choice, and acknowledges how difficult it is to find an effective way to respond to Twitter trolls. "So I'm either a pink for not taking it or a bitch and unprofessional for saying anything," she tweeted on Sunday. "Can't win."

It might seem easy for some people to give pointed instructions on how others should respond to slurs, but there's not always one right answer. Victims of Twitter harassment have shared their frustrations about the futility of either responding or not responding to bullies: if you ignore the abuse, you're weak. If you respond with anger, you're a bully. If you respond with love, you're siding with the oppressor. All of these responses can lead to more harassment, and there doesn't seem to be any one "correct" call. Like Jones said, you can't win.

Yet it's so commendable that she's trying to respond with such kindness. The best thing about Jones' new campaign of love is that she doesn't present it as the solution to harassment or even the best way to deal with harassment, but rather, just a great way of living one's life. She clearly understands that it's not possible for her, or anyone else in her position, to make the trolls all go away; there will likely always be racist, sexist, hateful bigots. Yet she can preach kindness and reach out to others. Jones' message upon returning to Twitter is not necessarily a happy ending; it's a temporary preventative measure that will hopefully help her survive on the site before those who have the power find a way to implement longterm solutions.