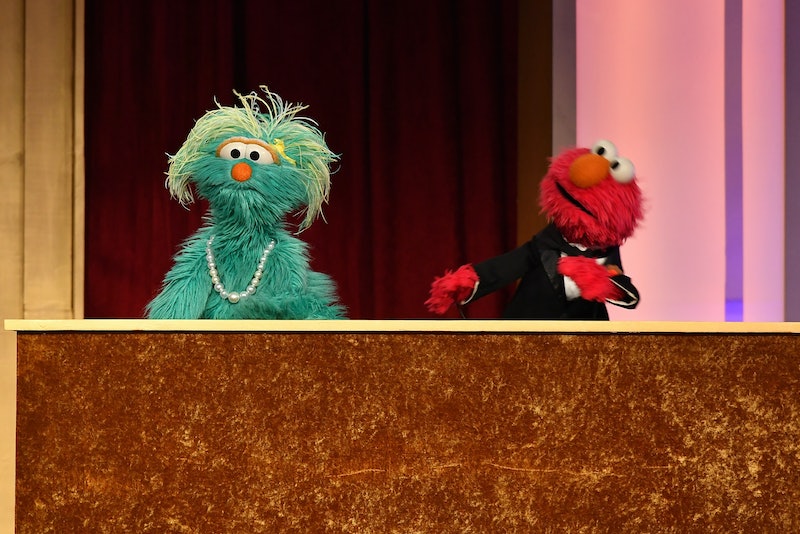 I am not a parent, so I cannot speak for those that are. It seems hard, like way, way, harder than people even say it is, which is why I cannot fault anyone for introducing his or her kids to the wonders of television. I personally don’t see giving kids TV as the negative thing that some interpret it as, and I think it can be a helpful tool for kids as much as stressed out parents. That said, there were some questionable shows our parents made us watch as toddlers that are kind of fun to look back on, and hopefully, today's kids' TV is a lot, well, better.

The more I think about it, though, the more I understand why my parents got me into some of the even most grating children’s programs. They wanted to expose me to different things, and being a baby who wasn’t a jet setter, the television was a way into a bigger world than what I knew. Plus, I saw plenty of shows that existed that my folks watched as kids, and it was a way to connect with them despite the generational gap. All in all, these shows I was introduced to as a little kid had more benefits than detriments, being that they were a source of entertainment and education... despite how annoying some of them were.

Here are 11 shows your parents definitely made you watch as a toddler, and they aren’t all half-bad:

This one I am so, so thankful for. Arthur was a gem amongst kid shows. Case in point, I follow its parody account on Twitter. It was too good to pass up.

A personal favorite. I had a Lamb Chop doll and everything. But honestly, in retrospect, Lamb Chop was terrifying (see above).

Listen, I heard a lot of complaining about this show from adults, but I'm pretty sure babies can't turn on the TV by themselves. Someone had to introduce us to this straight up strange program.

This was more my little sister's jam, but I watched. Boy, did I watch it. And, boy did I dislike it. Like, why did she make her body into a clock on the ground? I'm still confused.

5. Bear In The Big Blue House

Why? Because it was wholesome. But mainly because there was singing that used to lull me and my sister right into a nap. My mama ain't stupid.

Pretty sure I can credit Mister Rogers with my having a moral compass.

Not exactly the best toddler programming, but our parents had to have some TV enjoyment too once in a while, and let's be real, here. Looney Tunes is a crowd pleaser and technically a children's show.

Barney was my first teacher. So, even though my parents wanted to rip their hair out and burn every VHS player we owned, they introduced me to the purple dinosaur because they knew he was good for me. As I am sure your parents selflessly did as well.

*Screams* "Gullah Gullah! Gullah Gullah!" It was a whimsical family show and it had awesome music. I'd play it for my way-way-in-the-future toddler, too.

You know what? Thanks, Mom and Dad. These shows actually shaped who I am today.