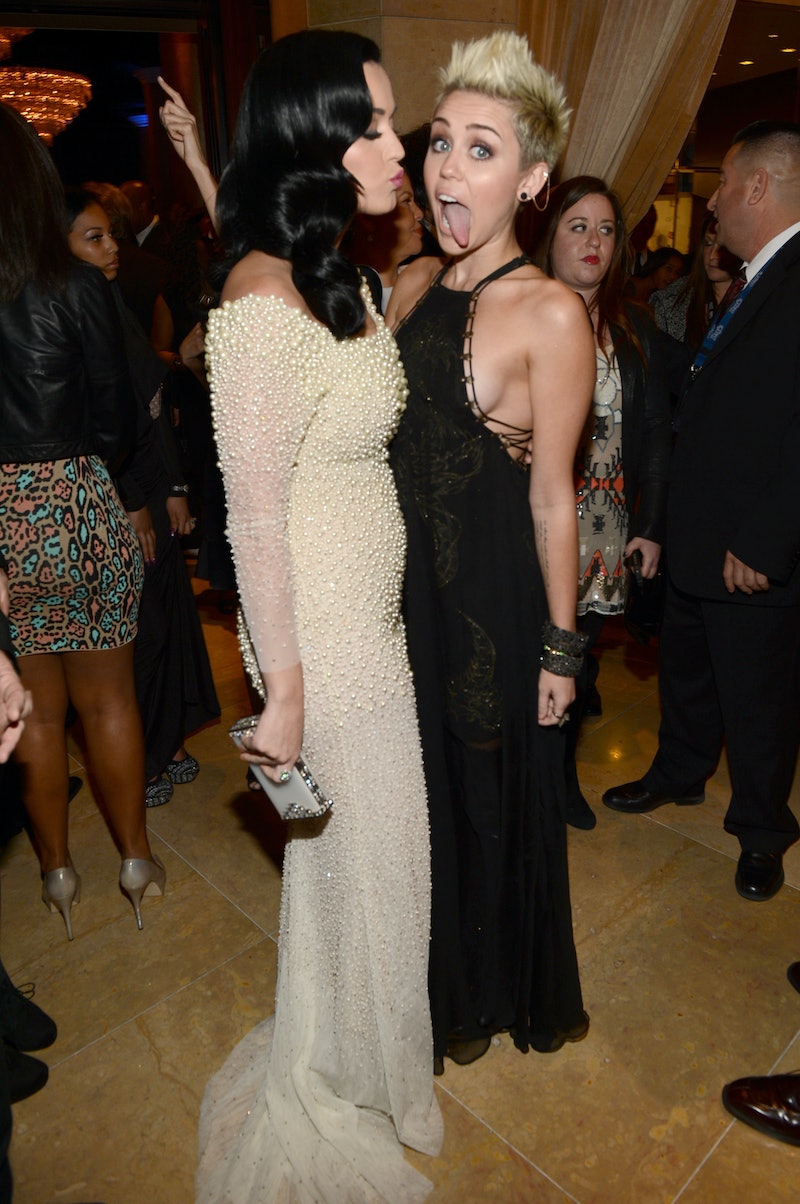 Well, that escalated quickly. Remember when Katy Perry explained her look of mild disgust when Miley Cyrus kissed her during a Bangerz Tour concert? Perry's little dig at Cyrus's infamous tongue must've just reached Cyrus's camp, because the "Adore You" singer responded today — Miley Cyrus threw shade at Perry and John Mayer on Twitter because HIS tongue is SO dirtier than hers.

Here's what went down.

Earlier this week the Prism singer and recent ex-girlfriend to Mayer told Australian talk show Sunrise that she did want to kiss Cyrus — at first. Perry said she walked over to the singer to give her a, "Hey, girlfriend," kind of kiss when Cyrus went in for a make out session that Perry was totally not into.

Perry explained, "God knows where that tongue has been! We don’t know! That tongue is so infamous!" To Perry's point, Cyrus has been putting fans' panties in her mouth lately, and that's definitely a questionable move.

Evidently, Miley Cyrus didn't find that comment as funny as we did, though — the singer took to Twitter on Thursday afternoon where she threw some pretty amazing shade at Perry regarding her recent break-up with Paradise Valley-crooner John Mayer. So what'd she say? We'll let the tweet speak for itself:

Well, shit, Miley — you didn't have to be so mean.