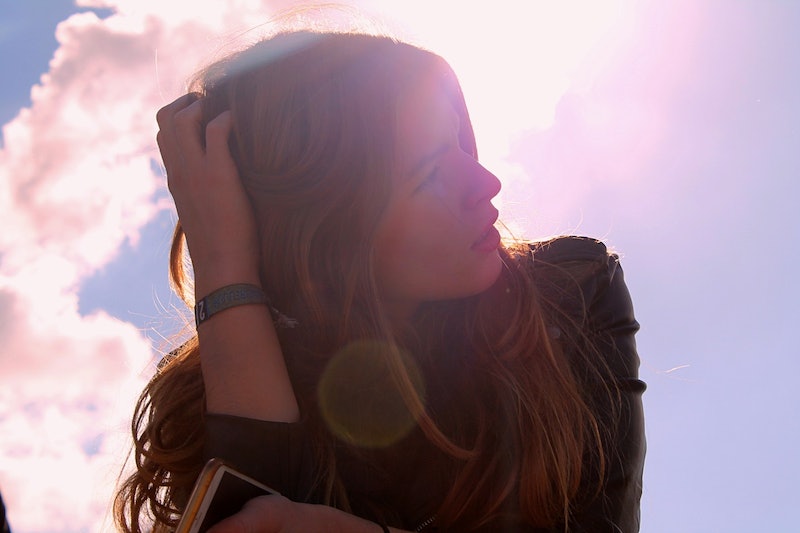 According to the National Alliance on Mental Illness, approximately one in five adults experience mental illness in a given year, with the most common mental illnesses being anxiety disorders (which include generalized anxiety, PTSD, OCD, and specific phobias). Although mental disorders are fairly common, many people are still hesitant to seek help or tell family and friends they're struggling. Luckily, the stigma is slowly being broken down and it's become a less taboo subject. Some of that taboo is thought to be tied to our lack of understanding of why mental health disorders exist, and why certain people develop them, while others do not. Although it's often difficult to specify the exact causes of mental illness, medical experts have weighed in with theories based on their research and work with patients.

We often hear the vague explanation that mental illnesses are typically caused by a combination of genetic and environmental factors. While this is certainly true in the majority of cases, it doesn't exactly dig deep and explain how genetics play a role or what type of environmental circumstances specifically put us at risk. As a therapist once told me, there are probably as many "causes" of mental illness and there are people suffering from them. But given that, these six possible causes may play a large role in many people's mental illnesses.

Although biology does play a role in many mental illnesses, they're more deeply tied to specific disorders. Richard McNally, PhD, a clinical psychologist at Harvard University says: "Certain disorders such as schizophrenia, bipolar disorder and autism fit the biological model in a very clear-cut sense." In fact, structural and functional abnormalities can be seen in imaging scans and post-mortem dissections for individuals with these particular illnesses.

But the biological connection is less clear cut in other mental illnesses such as depression, anxiety, and eating disorders. Jerome Wakefield, PhD, DSW told the American Psychological Association Monitor On Psychology that, despite a huge amount of research, there's still no definitive proof that brain dysfunction is the root of mental illnesses. His concern is that other potential causes are being overlooked, specifically environmental, behavioral and social factors. "If we focus only at the brain level, we are likely to miss a lot of what's going on in mental disorders," Wakefield told the APA.

When we say environment plays a role, most of us automatically think about the environmental factors that affect people throughout their lives. But it's been shown that the prenatal environment can also play a significant role. Smoking during pregnancy has been linked to issues like ADHD, while a low birth weight due to malnutrition during the pregnancy creates a risk factor for mental disorders including depression, schizophrenia and ADHD. And exposure to gestational stress has been linked to anxiety, depression and ADHD.

People who live in poverty are more likely to suffer from mental illness due to the intense amount of stress caused by a low income level. In fact, mental disorders are twice as common amongst the poor compared to the wealthy. It creates a vicious cycle, because those coping with a severe mental illness will often have a harder time networking and job hunting. This means they're less likely to have insurance and therefore they'll be unable to get the professional help they need and deserve. And, although schizophrenia has been identified as one of the most biologically based disorders, individuals with the lowest socioeconomic levels are eight times more likely to suffer from the illness than those in the highest income bracket — which illustrates that biology is rarely the only factor at play.

Although poverty appears to be the most common way lifestyle affects mental illness, it's not the only example. Smoking, lack of physical activity, chronic physical illness, social isolation, and unhealthy sleeping patterns can all play a role — especially if more than one of these apply to the patient's life. And they could be enough to trigger an individual who's already at risk for mental illness due to genetics, environment, abuse, or all of the above.

Exposure to toxic substances can cause a variety of health issues — migraines, headaches, memory problems, and cognitive dysfunction are a few examples. According to the National Institute of Health, "disruption of brain function may also manifest as subtle or overt alteration in thoughts, moods, or behaviors." Although there hasn't been much research about the link between mental illness and exposure to toxins, it's now on the radar of doctors and mental health professionals — so hopefully more information and studies will be available soon.

Injuries in certain areas of brain are also linked to mental illness. This possible cause was first brought into the public eye when questions were raised about how repeated head injuries in football players could affect their overall health. But recent research has shown that even one head injury increases a person's risk of developing a mental illness — especially if the injury occurred during adolescence. In fact, researchers at University of Copenhagen found that, for individuals who had suffered head injuries, the risk factor for schizophrenia increased by 65 percent and the risk for depression increased by 59 percent.

Mental illness is more common amongst individuals who have a relative with a mental disorder compared to those who don't — but it doesn't automatically mean that you'll develop the illness as well. According to recent research, approximately 90 percent of individuals with bipolar disorder have a family member with depression. If a person has a relative with depression, he or she is five times more likely to develop the illness as well. The best research about how genetics affect depression comes from studying twins because they share the exact same genetic code. When twins are raised together and one develops depression, the other will also become clinically depressed 76 percent of the time. When raised apart, they'll both develop depression 67 percent of the time. So, although genetics undoubtedly play a role, the twins studies prove that there have to be other factors at play — otherwise these percentages would jump to 100 percent regardless of whether the twins were raised together or apart.

And, growing up in a household where a parent has mental illness can cause intense stress, which is another trigger for mental problems. For example, children with mentally ill parents may become neglected, have to take on the role of caregiver for their parent, or be embarrassed by their home situation. Furthermore, illnesses like depression and anxiety can be a "learned" behavior — children in these households may grow up thinking it's normal to spend full days sleeping, use unhealthy coping mechanisms, and become extremely anxious over a variety of situations.

Physical abuse, sexual abuse, and other traumatic experiences are, of course, the cause of PTSD. While most sufferers can recover from PTSD with the right treatment, they may continue to live with an anxiety disorder or depression. And while not everyone who experiences a trauma has PTSD, they're still at a great risk for mental illness than those who haven't lived through a trauma, because any sort of intense stress creates a risk factor for depression.

Childhood abuse is the trauma that's most strongly linked to depression. A small hippocampus is a sign of chronic stress and recent studies have shown that small hippocampus volume could be seen in depressed women who had experienced a childhood trauma. It was not seen in depressed patients who hadn't experienced a trauma during childhood, which illustrates that the reasons people develop mental for a variety of reasons. It was further evidenced by which forms of treatment were most effective. Depressed individuals with a history of trauma responded better to psychotherapy, while those who didn't have abuse in their past responded to a combination of antidepressants and therapy.

More like this
6 Abortion Advocates To Follow On TikTok
By Sara Youngblood Gregory
I'm Going Off My Bipolar Meds to Try to Get Pregnant
By Anonymous, as told to Anna Goldfarb
Camila Cabello Shared Advice For Anxiety & Mental Health With Selena Gomez
By Alyssa Lapid
How To Protect Your Digital Privacy If You Need An Abortion Post Roe v. Wade
By Kaitlyn Wylde
Get Even More From Bustle — Sign Up For The Newsletter