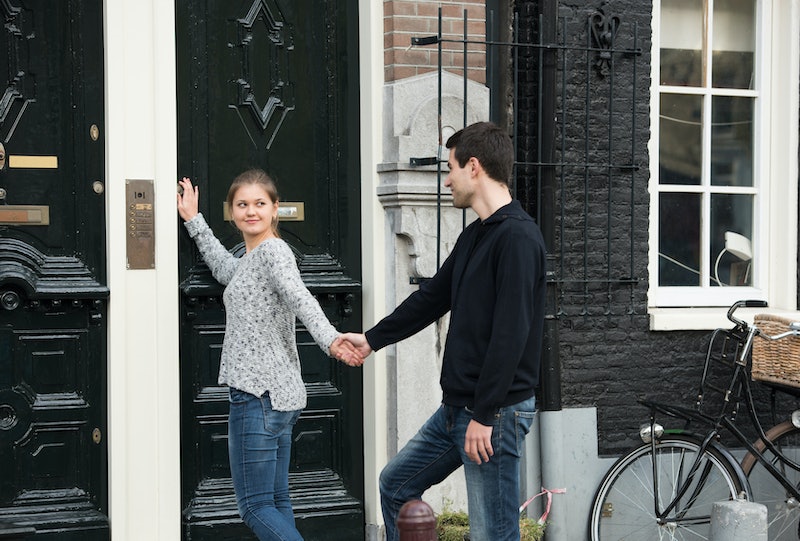 When it comes to relationship deal-breakers, there are some obvious ones — racists, sexists, people who don't understand the genius of Billy Joel. But those are all to do with personality. It turns out there are lots of deal-breakers that are a lot closer to home — literally. The furniture company Wayfair surveyed over 2,100 people to find out what dating deal-breakers around the home were and the message is loud and clear: dirt, grime, and smells are all major turn-offs.

It's not really a surprise. Not only is it just a bit gross, it's also a sign that the person you're interested in isn't putting in a lot of effort. And that they probably won't put a lot of effort into you or a relationship. And I say that as someone who's messy— messy, but not dirty. I'm at my least messy when my girlfriend is around, because I want it to be a nice environment for her. So I'm not surprised that dirty and grime is a problem.

But what was a surprise was that men and women agree on the most popular deal-breakers— but only on those. Then things go a slightly different way. Here's a look at the top three deal-breakers, which were the same for men and women:

Everyone's home smells, that's just a fact. There's always a distinct smell that you don't notice because you live there. But not everyone's smells bad. And if you've been in one that does, it's hard to ignore. Febreze doesn't work for everything, people.

Even though this came in second on the list for both men and women, I swear men can make their bathroom a special kind of dirty. I grew up sharing a bathroom with a lot of teenage boys, and now a lot of my friends are guys, and there's this weird scum that I've never seen in any all-girl bathrooms. But then we have the hair blockages... basically, we all need to keep our bathrooms clean. For the sake of your relationship.

Yuck. This should go without saying. I'm all about being open talking about poop and all sort of bodily functions — I mean, we all have them. But I really, really don't need to see it. Make sure that your plumbing is doing what it needs to do.

The top three were the same for men and women, but then things went their separate ways. Check it out:

I was surprised about the chipped dishes — that seems sort of specific and only came in the men's top list, but it just shows that you never know what someone's pet peeve is going to be. Bottom line? Stay tidy, stay clean— because a load of laundry just isn't worth breaking up over.